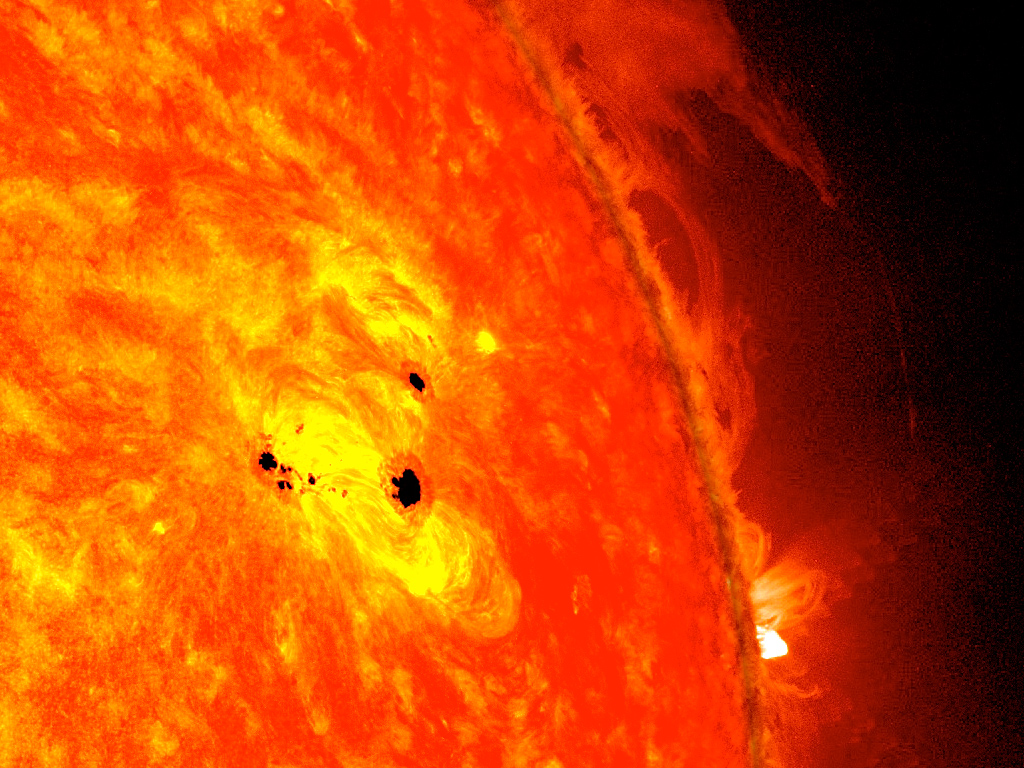 Astronomers discovered a wide hole in our Sun back in 2015. The giant sunspot that is nearly twice the diameter of the Earth has got some new details that astronomers have shared. New images of the sunspot have allowed astronomers to study the dark, twisted centre in a whole new light. This could be essential in understanding the mysterious physics that is the powerhouse behind the Sun.

Never before seen detail of Sunspots

It is not unusual for our star, the Sun, to have these sunspots. They are a common phenomenon that develops on the surface due to extreme concentration of a magnetic field in certain places. This in turn causes a cold patch on the surface of the star and hence the darker looking contorted image of a sunspot shows up. These cold patches can cause huge solar flares which send the Sun’s material blasting into space.

There are many ways to understand this concept and we currently have a lot of telescopes with which we can watch these sunspots forming on the Sun at different wavelengths of light. But scientists have now used a different type of telescope to image these spots on radio wavelengths which has astonishingly revealed some spectacular detail. This was done using the Atacama Large Millimetre/submillimetre Array (ALMA) telescope in Chile.

"We’re accustomed to seeing how our Sun appears in visible light, but that can only tell us so much about the dynamic surface and energetic atmosphere of our nearest star," said Tim Bastian, an astronomer with the US National Radio Astronomy Observatory.

"To fully understand the Sun, we need to study it across the entire electromagnetic spectrum, including the millimetre and submillimetre portion that ALMA can observe."

The ALMA telescope is used normally to detect radio waves from far away galaxies, but it was also designed in a special way that allows it to directly stare into the Sun without damaging anything. This means that it was able to look at those sunspots and detected radio wavelengths that no other telescope could.

ALMA showed the sunspots in a whole new light

The wavelengths picked up by ALMA were two, one at 1.25 millimeters (mm) and one at 3 millimeters (mm). Both of these wavelengths are used to make an analysis of the Sun’s chromosphere, which is an area just above the surface that we can see in visible light. The image taken at the 1.25mm range shows something strikingly different that the one taken at 3mm. The chromosphere layer in the 1.25mm image is much deeper than the 3mm one and the contrast of both images shows that the temperature of the chromosphere below a sunspot changes depending on how deep it gets.

These two images show never before seen detail of the sunspot. You can view the 1.25mm radio wavelength image below. 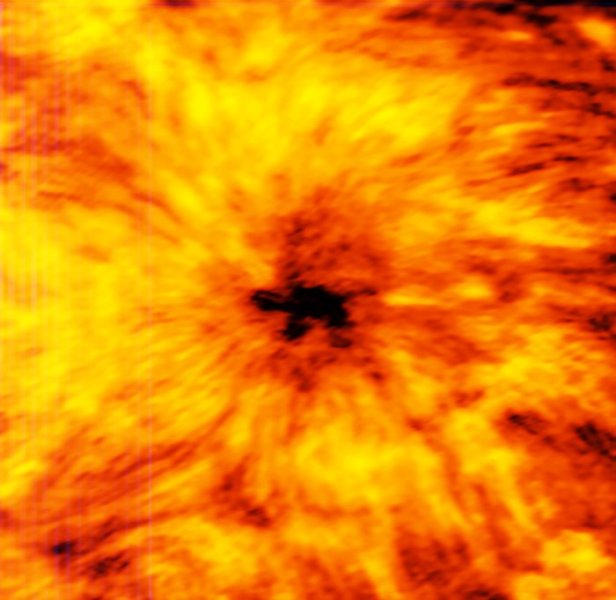 And here is an image from the 3mm wavelength. 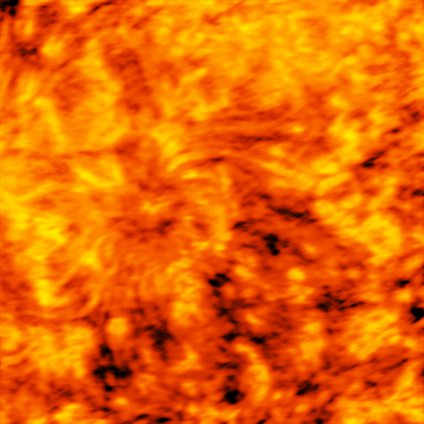 This new detail will allow astronomers to correctly come up with a conclusion as to why these two levels of the Sun’s chromosphere are different temperatures. They will also figure out how this can influence the formation of sunspots, something that has still evaded proper understanding of astronomers.

"Understanding the heating and dynamics of the chromosphere are key areas of research that will be addressed in the future using ALMA," said the European Space Organisation (ESO) in a press release.

These are just the preliminary images that ALMA took, there are more to come and we are looking forward to seeing more detailed images that help us better understand this phenomenon. The data from ALMA will be released to the worldwide astronomical community this week. We hope this data will allow astronomers worldwide to come up with a proper reasoning for sunspots and the different temperature levels of the chromosphere. We will keep you updated as any news surfaces on this, till then please tell us your views in the comments below.