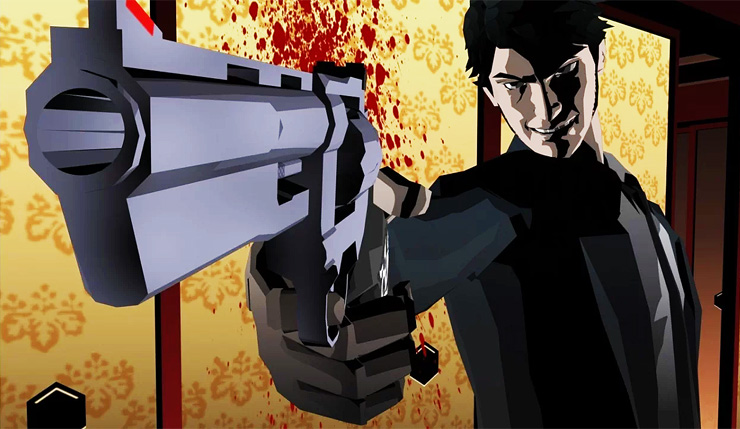 It seems iconoclastic Japanese game designer Suda 51 is in a bit of a nostalgic mood.  The Silver Case, the first game created by Suda through his studio Grasshopper Manufacture, hit the PS4 in remastered form last year, and it seems it’s not the only re-release in the works.

This past weekend Grasshopper hosted Hopper’s Vol. 5, a private event celebrating the studio’s 20th anniversary and the re-release of The Silver Case (it just came out in Japan). Only a couple hundred folks got to attend, but info revealed at the event quickly found its way online. According to numerous sources, Suda 51 said he would like to release a remastered version of Killer 7 and the visual novel Flower, Sun, and Rain “in the near future.” He also gave some indication that Capcom would support the re-release of Killer 7 (they were the original publishers of the game). This isn’t the first time Suda has hinted Killer 7 could make a return -- he first said he’d like to bring back the game in September of last year.

For those who missed out, or weren’t old (or alive) enough to be playing games in the mid-2000s, Killer 7 is considered by many fans to be Suda 51’s definitive work. It’s a cell-shaded rail-shooter/adventure game, in which you play as the titular Killer 7, an assassin “group” that’s actually consists of a single elderly man named Harman Smith who has the power to transform into multiple personas at will. The game is very strange (even by Suda standards), serving up a twisted tale packed with ghosts, cults, weird sex stuff, and a surprising amount of politics. Does it make any sense? Not really, but it's worth experiencing.

Flower, Sun, and Rain is one of Suda’s earlier visual novels, and a loose successor to The Silver Case. The game, which got a Western release on the Nintendo DS in 2009, is essentially a take on the Groundhog Day concept. After failing to disarm a bomb, you find yourself stuck in a time loop. The only way to escape is successfully disarm the bomb, but you’re continually distracted by the problems of the game’s NPCs. As you solve people’s issues (and get blown up repeatedly) you’ll slowly discover what’s really going on.

Suda didn’t reveal when the Killer 7 or Flower, Sun, and Rain remasters might arrive or what platforms they’ll be on (although PC and PS4 are a pretty safe bet). In the meantime, The Silver Case remaster and the newly-released sequel The 25th Ward: The Silver Case are available on PC and PS4.