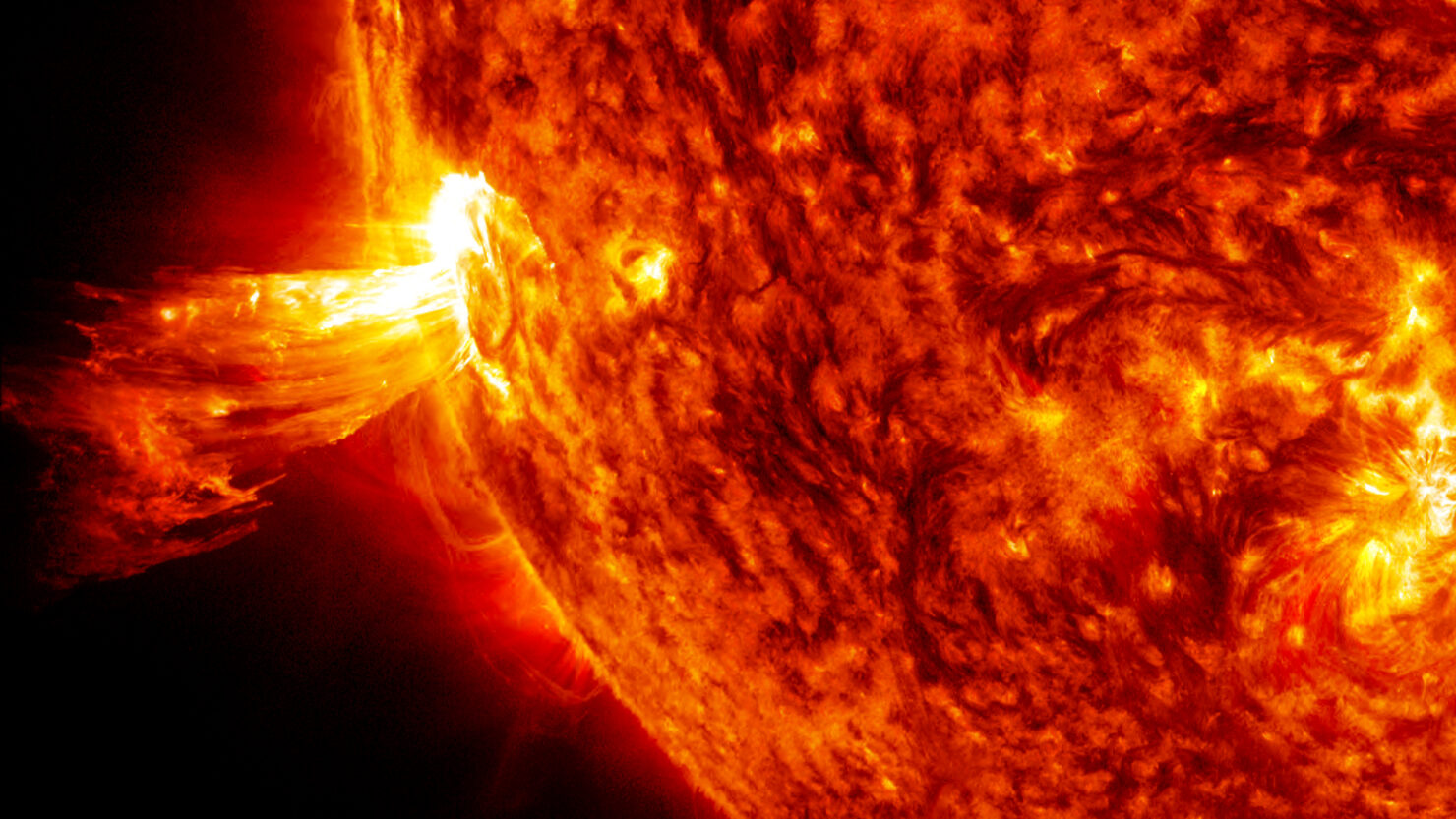 Scientists have always been puzzled about a certain characteristic of the Sun which they have not been able to give a solid reasoning to till today: the fact that the Sun’s outer layer (corona) is always hotter than the Sun’s surface itself. Images from the NASA space observatory may have just opened the door to finally solving this mystery.

The IRIS Mission: Answering The Question

The images from NASA’s observatory were taken by the IRIS (Interface Region Imaging Spectrograph). The images indicate, according to NASA’s researchers, that corona is hotter than the Sun’s surface due to ‘heat bombs’ going off by the criss-crossing and realigning of the magnetic fields in the corona.

This may also help us solve whether the corona is being heated in one uniform burst or in separate pockets that quickly spread out into the atmosphere. This is a phenomenon that scientists have been trying to figure out after the discovery of this heat discrepancy between the corona and the Sun’s surface.

The IRIS has the ability to give very detailed images and map out the path of the hot gasses in the transitional zones between the Sun and its corona.

"Because IRIS can resolve the transition region 10 times better than previous instruments, we were able to see hot material rushing up and down magnetic fields in the low corona," explains Paola Testa, the lead researcher at the Harvard-Smithsonian Centre for Astrophysics.

Apparently, this very phenomenon is also responsible for the creation of solar flares. The IRIS was used before to find evidence and monitor the miniature solar flares called the nano-flares, which is the Sun releasing hot plasma into its atmosphere. But thanks to the IRIS’s detailed imagery, scientists can now add the explosive magnetic activity into the mix and back it up with NASA’s satellite EUNIS (Extreme Ultraviolet Normal Incidence Spectrograph).

NASA's video below explains the coronal heating in more detail.

How Will This Help In The Future?

Thanks to the IRIS, this new imagery may help us figure out when solar storms will strike the Earth and help us prepare beforehand. Solar storms are capable of the disrupting the entire planet’s magnetic field.

Secondly, the world is heavily relying on nuclear energy in the future. The nuclear processes require a lot of research into the workings of the Sun, which the IRIS will now help in expanding before we develop this clean, safe and limitless energy source in the near future.