Assassin’s Creed Origins Has Loot Boxes, But Ubisoft Won’t Be Making Money from Them 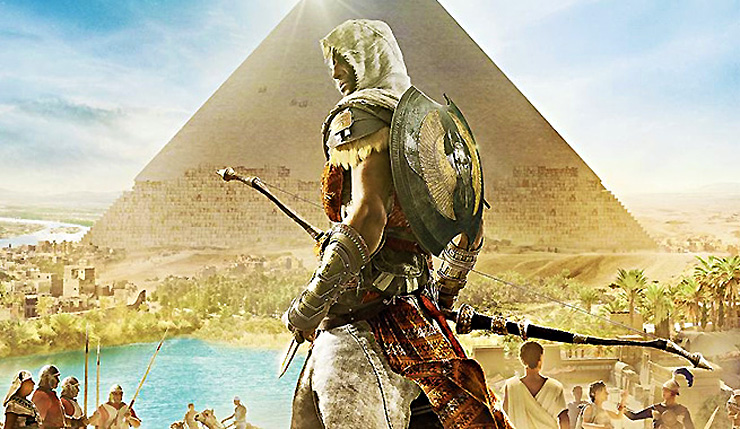 At this point, loot boxes are pretty much inescapable. Most triple-A games now have some sort of “pay virtual/real money for randomized gear” system, and the way loot boxes have been added to games like Middle-earth: Shadow of War and Star Wars Battlefront II has stirred a fair amount of controversy.

Well, you can officially add Assassin’s Creed Origins to the loot box list, although it sounds like Ubisoft plans to implement them in a reasonable way. As revealed today, Origins will add a special traveling merchant post-launch, who lets players access daily quests and buy “Heka Chests,” which contain randomized weapons and gear. Cue controversy. 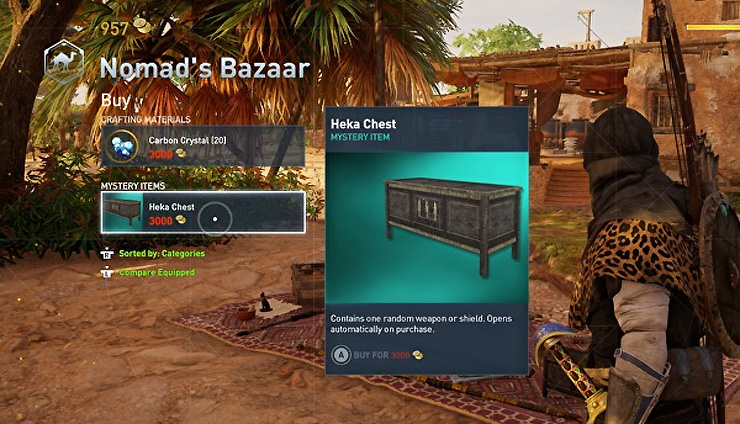 Thankfully, according to Eurogamer, these loot chests can only be purchased with virtual currency – there’s no option to whip out your credit card and pay real-world cash. Assassin's Creed Origins co-director Ashraf Ismail explained the reasoning behind adding the chests to the game:

[The Nomad’s Bazaar] is a very unique merchant in the world who sells Carbon Crystals, which are the rarest item needed for crafting. He also sells a mystery box which can contain any weapon, piece of gear or item in the game. You can find this stuff in the world, but the idea is if you have the [in-game] money you can just buy stuff for him. It's a way for people who hoard lots of money, if you min-max the economy system, to gamble the money and get really unique stuff.

The reason we did that was because we saw, even two years ago, people playing the game in different ways. Some people would focus almost entirely on the economy, buying and selling stuff to gain as much money as they can. And we felt like, okay, that's a valid way to play the game - it's a part of the RPG aspect, so we'll let them play the economy. So, it's one way that we let players purchase or get some of the unique items in the game.

Most games with loot boxes claim they’re optional, but it sounds like they actually will be in Assassin’s Creed Origins. Of course, the game won’t be completely free of microtransactions – you can buy various cosmetic items and costumes with real money, but Ismail promises all these items can be found for free in-game.

Assassin’s Creed Origins sneaks onto PC, Xbox One, and PS4 on October 27th.