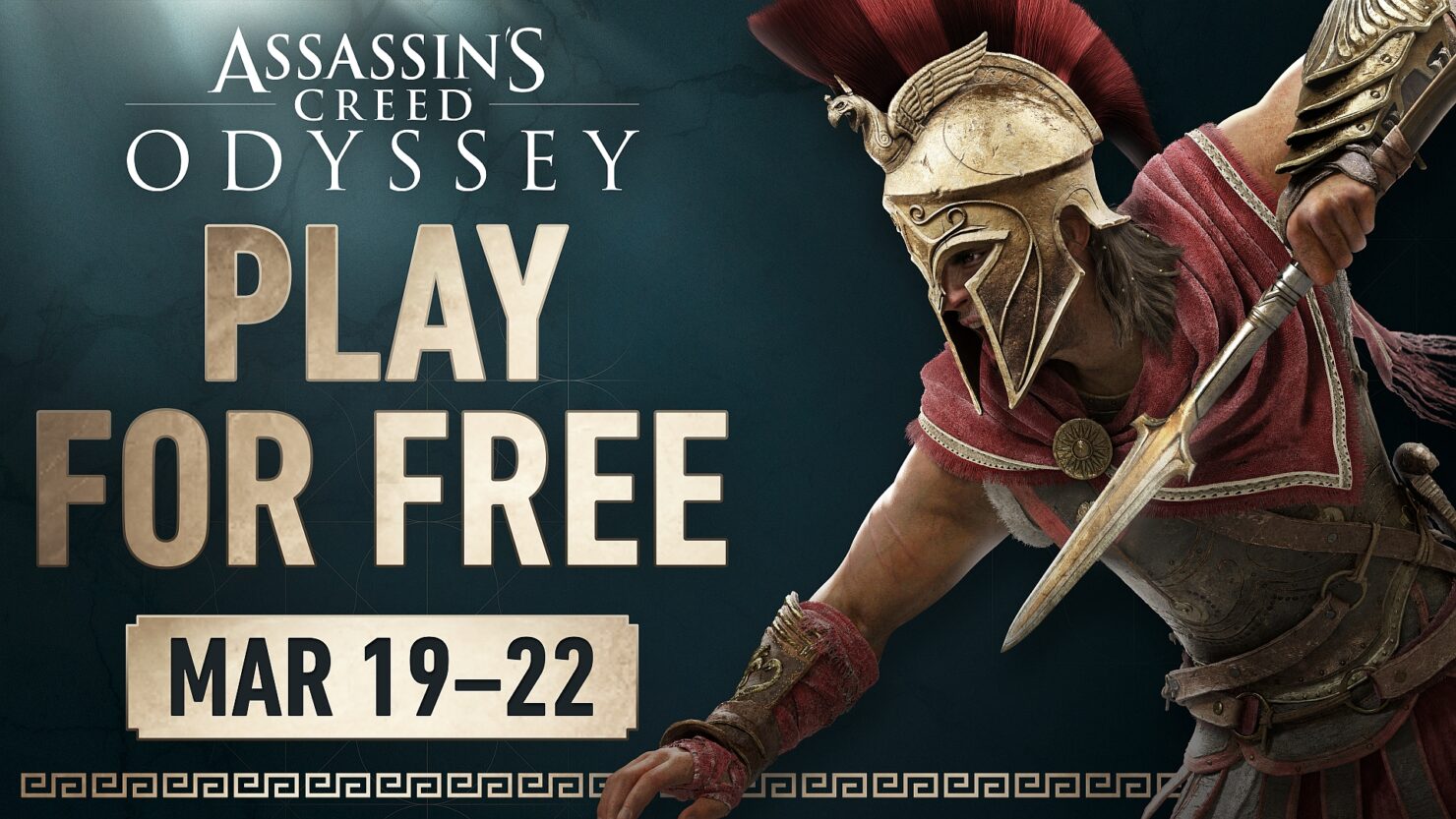 Ubisoft announced today that Assassin's Creed Odyssey, the latest entry in the action/adventure franchise, will be free to play on all platforms this weekend (from March 19th to 22nd). Pre-loading is already available today on PC through Epic Games Launcher, UPlay, and PlayStation 4, while PC through Steam and Xbox One won't have pre-loading.

*Any progression made during the Free Weekend will carry over when the player upgrades to the full game on the same platform. An online connection might be required to start the game as a free player along with a subscription: players will require an Xbox Live Gold subscription on the Xbox One Family of devices to access the free weekend trial.

Should you be pleased with Assassin's Creed Odyssey after trying it, there'll be a series of discounts up to 67% on all platforms as detailed by Ubisoft in the official FAQ.

Assassin's Creed Odyssey originally launched in October 2018 for PC, PlayStation 4 and Xbox One to very favorable reviews and sales. The game was also a launch title for Google Stadia in November 2019.
Share Tweet Submit