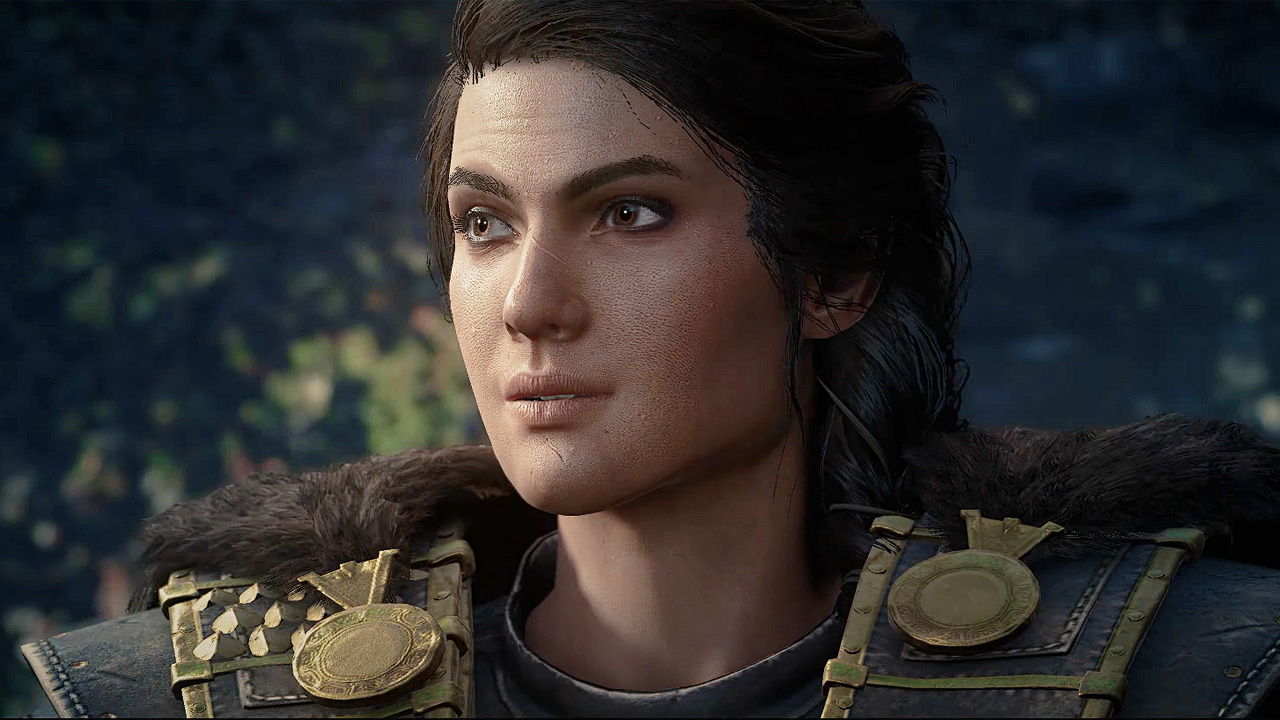 Leaks and rumors have been flying fast and furious recently, and now Ubisoft has confirmed a whole mess of new Assassin’s Creed DLC is on the way. First up, we have the first Assassin’s Creed Crossover Story, which will see AC Valhalla’s Eivor meeting up with Kassandra/Alexios. The free DLC will actually span both Assasin's Creed Odyssey and Valhalla, with a new story for each Canadian-developed game. You can check out an Assassin’s Creed Crossover Stories trailer below (warning, the trailer and description below contain AC Odyssey spoilers)

Here’s a bit more detail about the big crossover…

Kassandra’s appearance is part of a crossover that actually spans both games. Assassin’s Creed Odyssey players will get a new free story, “Those Who Are Treasured,” in which Kassandra or Alexios – having found the immortality-granting Staff of Hermes Trismegistus – travel to the island of Korfu as they wrestle with the question of what to do with their newfound longevity. In Assassin’s Creed Valhalla, “A Fated Encounter” will bring Eivor to the Isle of Skye in Scotland, where they’ll cross blades with Kassandra.

Those Who Are Treasured can be played after finishing Chapter 1 of Assassin’s Creed Odyssey and reaching Megaris, although it’s recommended that players finish the main game’s three story arcs – Family, Cult of Kosmos, and Mythology – for spoiler reasons. This story sees Kassandra finding a new purpose in life: hunting down First Civilization artifacts. A Fated Encounter will open up after Assassin’s Creed Valhalla players complete the quest “A Wise Friend,” in which Eivor helps Valka establish herself in Ravensthorpe.

Meanwhile, it was leaked the past weekend, but now Assassin’s Creed Valhalla’s Dawn of Ragnarok expansion has been officially announced. You can check out a trailer, below.

Unlike the Assassin’s Creed Crossover Stories, Dawn of Ragnarok will be paid DLC (a price has yet to be revealed), but that’s justified considering it’s going to be the size of a full standalone game.

Developed by Ubisoft Sofia (the studio behind Assassin’s Creed Rogue and Assassin’s Creed Origins – The Curse of the Pharaohs), Dawn of Ragnarök focuses entirely on Odin (aka Havi), and is set after the events of the Asgard and Jotunheim arcs found in the main campaign. This new adventure puts the one-eyed god on a journey to save their son, Baldr, held captive by the fire giant Surtr in the dwarven realm of Svartalfheim – a mythical new world about one-third the size of England. Under occupation from the fiery realm of Muspelheim (as well as icy Jotunheim), Svartalfheim has become a hostile, lava-filled landscape patrolled by flame-wielding enemies, some of whom can do things like revive their fallen comrades. To survive, Odin will need to find hidden Shelters across the world, and seek help from the dwarves who’ve taken refuge in them.

Central to Odin’s adventure is an artifact called the Hugr-Rip, which enables Odin to draw new powers from defeated enemies. These enable Odin to do things like take on the guise of a fiery Muspel and walk stealthily among them (while also becoming immune to fire and magma), or turn into a raven to quickly cover long distances. Players will also be able to imbue their weapons with freezing effects, raise defeated enemies to fight for them, and more – but only two Hugr powers can be held at a time, pushing players to pick ones that best fit their situation or character build. These powers also need Hugr life essence to power them, which can be drawn from defeated enemies, giant flowers called Hugr Blooms, or by sacrificing some of Odin’s health at special shrines. Not all the new challenges in Svartalfheim come from the Muspels and Jotnar; players can also visit a battle arena run by a Valkyrie, and take on combat trials with optional, difficulty-boosting boasts that will make victory more rewarding.