Assassins Creed 3 was recently caught in picture but with only a couple of mysterious pictures to go on we learned that 3 will be based during the American Revolution era (the middle - late 1700's) and that the next Assassin can (possibly) be an Indian American, but Ubisoft revealed some new images in response to todays images which shed even more light on things to come in the latest installment of this Assassins Creed game.Ubisoft was even kind enough to reveal the confirmed box art of the game, this means that we can definitely expect TONS of details on Assassins Creed 3 in the months to come.

Assassins Creed 3 is Ubisoft's best work yet, it has been in development for more than a couple of years now and is nearly finished but Ubisoft has started showing off pictures of the game including 2 of the gameinformer covers of the game, both of which show immense details of the game and what to expect. 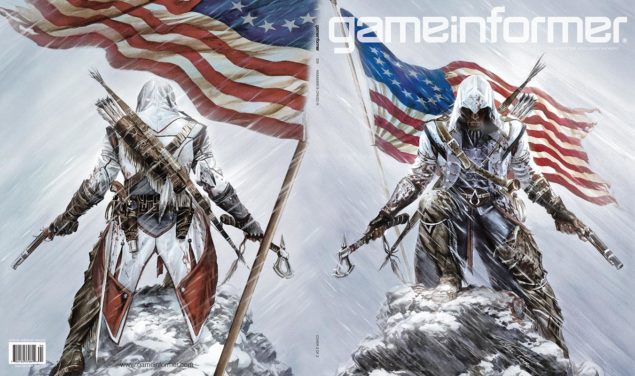 The above image is a continuation of the image posted earlier on Kotaku and this time we see that our new assassin is ready for stealth, up close and even ranged combat styles. This is a shot in the dark but the design of the bow is pretty suggestive of his native American background meaning that the next assassin will definitely be native American. 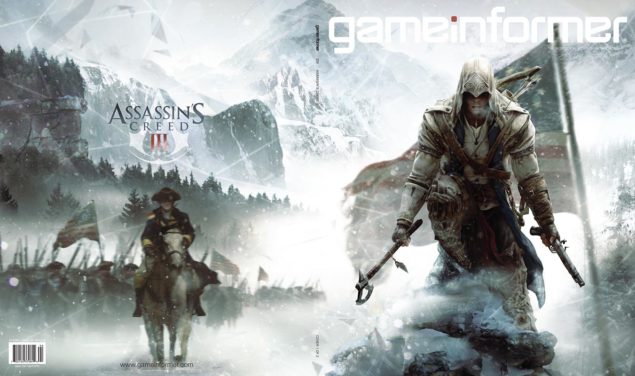 this is the 2nd cover for the next issue of gameinformer which suggests that the new assassin could definitely be working with the Americans but of course none of this is confirmed yet but what we know for sure is that Altair and Ezio are definitely out of the picture and its time to make room for a new head honcho.