Recently, Ubisoft announced that Assassin's Creed was indeed in the works and was dropping on October 30th later this year, but they failed to mention anything else related to the game. No information as to where or when the game was taking place, but today, Kotaku received fresh images of Assassin's Creed III's protagonist along with the information that the game's details will be unveiled on 5th March and that were will be pre-order bonuses. 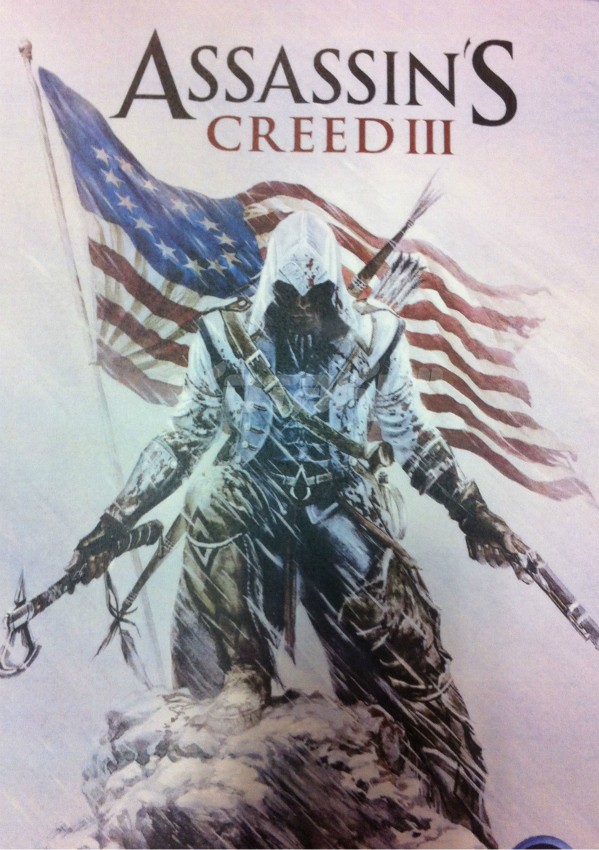 So, he's carrying a gun and wearing a blood-stained jacket and behind him is a flag of Continental America. Also, it's a possibility that he's a Native American since his skin color is a bit dark and he carries a tomahawk, which was a preferred weapon of Indian Americans back in the day. He also carries Native-American type bow and arrows

Below, you can see our as-of-now unnamed Assassins standing with a high ranking American Revolution era army officer and pointing at something. This image was somewhat courtesy of Game Informer as they had it on their site for a while and later took it down but some NeoGAF user took screenshots and it posted them online.

Now, remember that all of this is not confirmed by Ubisoft YET so it might be just rumors and hopefully Ubisoft will tell us that the game is taking some place with less guns and more blades. Anyways, what do you think about an Assassin's Creed title set during the American Revolution? Discuss below!