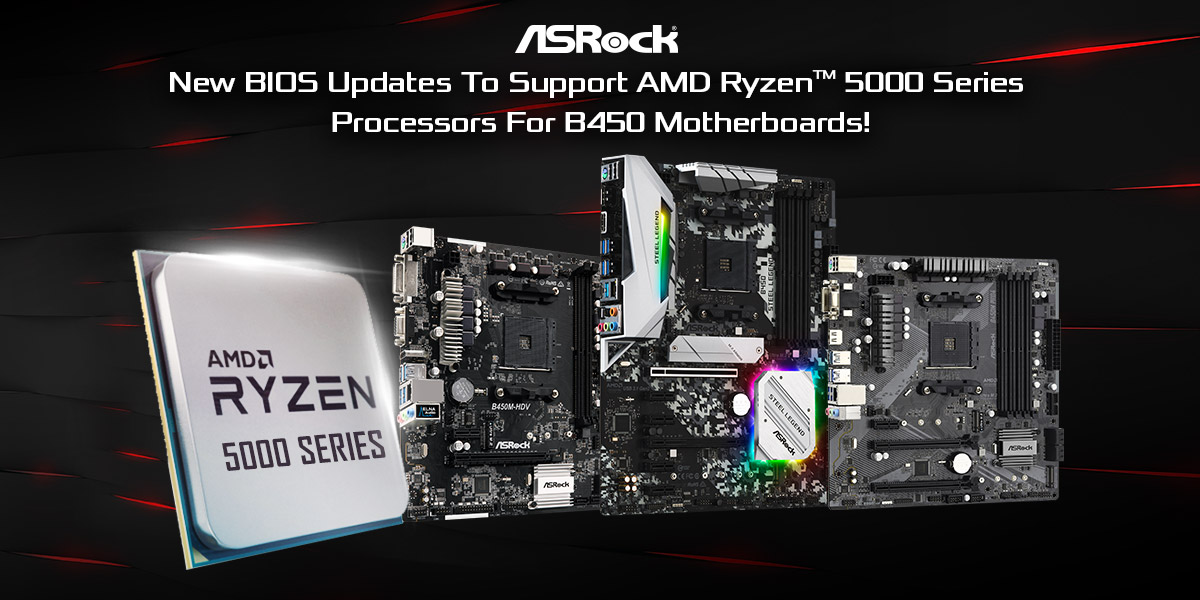 ASRock has released its latest BIOS Firmware which enables support for AMD Ryzen 5000 Desktop CPUs on its B450 line of motherboards. In addition to ASRock, ASUS has also announced that it will be launching its BETA BIOS Firmware to enable support for Vermeer family on its X470 & B450 line.

A total of 15 ASRock B450 series motherboards have received the BIOS Firmware which enables support for AMD's Ryzen 5000 Desktop CPUs.

For those who own an ASRock B450 motherboard from the following list, you can head over to your product page and grab the new BIOS if you are planning to upgrade to Ryzen 5000 CPUs:

From what we have learned, the ASRock BIOS Firmware is based on AGESA 1.1.0.0 which is still BETA-tier support for AMD Ryzen 5000 Desktop CPUs. As per ASUS, the latest BIOS Firmware is going to be based on AGESA 1.1.8.0 which will be dropping in a few weeks. ASRock states that its entire 400-series lineup will be getting BIOS support so we can expect both X470 and B450 lineup to be added here.

Other board vendors also have announcements regarding 400-series support for AMD Ryzen 5000 CPUs coming in next week so stay tuned for more information. Some vendors have also confirmed 300-series (A320 / X370) support in the future which will be awesome considering that there are a ton of users who still have older 1st Gen AM4 motherboards running in their PCs and it will be nice to have support up till the tail-end generation of Ryzen AM4 CPUs.