Studio Wildcard will release a new Ark Survival Evolved PC update today, which will update the game version to version 236. 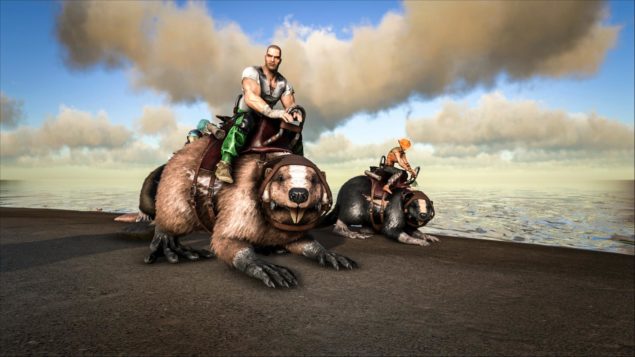 Check out the Ark Handcuffs-Giant Beaver video down below:

The Giant Beaver, aka Castoroides Feliconcisor, is a large, mammalian herbivore that tends to live near water. Unlike other larger beaver species, this one retains the chisel-shaped teeth of modern beavers. As is typical for beavers, they build dams as habitats, but the larger creatures on the island have a tendency to trample them. As a result, finding unsullied dams in the wild is quite rare.

The value of a tamed Castoroides is obvious from its physiology. The creature naturally gathers wood extremely efficiently, far more than most species on the island. It's not the strongest creature, so it can only carry limited amounts, and it doesn’t realize how dangerous the island actually is.

According to Studio Wildcard, the new handcuffs can be used to ensure that prisoners won’t escape and won’t get violent.

Steam survivors will find the newly-available Handcuffs useful for ensuring their prisoners don’t escape and aren’t violent, while the super-cuddly Giant Beaver creature can build Dams, harvest and carry vast quantities of Wood, and act as a mobile crafting station. Beavers also can swim! Wildcard Studio encourages Survivors to get onto their ARK now to ensure they’re the ones doing the Handcuffing, and not the other way around!

A few weeks ago, Studio Wildcard released an Ark patch for the Xbox One version of the game, which added a split-screen mode to the game. On top of Additionally, the update fixed a memory leak, and offered a 15% performance improvement.

The new Ark Survival Evolved update will be out today for PC.