A new Ark Survival Evolved patch has been released for the Xbox One, which adds a split-screen mode to the game, and adds a lot of new content to the game. Additionally, the update fixes a memory leak, and is said to offer a 15% performance improvement. 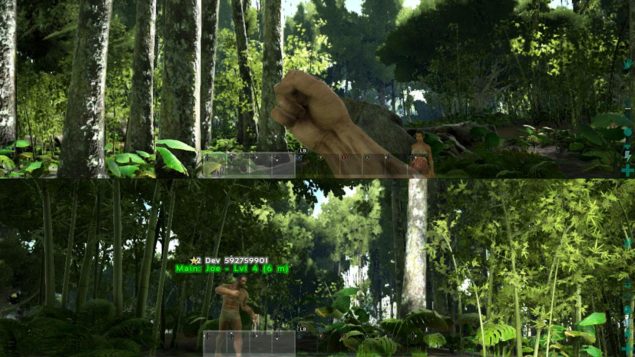 A few weeks ago we already reported on an inbound patch for Ark Survival Evolved for the Xbox One, which was scheduled to releases somewhere around February 10th, 2016.  This patch has just been released, and adds a lot of new content & features to the Xbox version of the game.

The update has been detailed on the official Ark community forums, which includes a number of screenshots and trailers, check it out.

We’re very excited to announce that the patch is now live! This will bring a heavy update to the Xbox One, including a plethora of content and mega optimization! The ARK will be joined by 3 new friends, many new items and of course the exciting multiplayer functionality, split-screen! We know this has been a highly requested feature from players and we're stoked to allow you guys to unravel the mysteries of the ARK side by side with your friends and families! 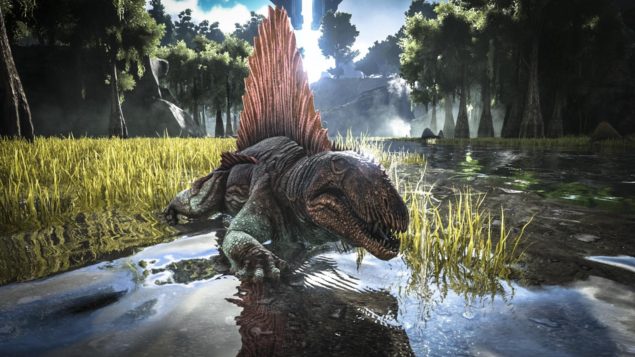 Say hello to the adaptable carnivore! The Dimetrodon offers players shade during excessive heat and shelter from extreme cold by way of the massive insulating sail running down its back. It’s regarded as one of the friendly creatures to survivors and can be found roaming the swamplands that are plentiful with small prey.

The Dung Beetle is a wondrous organic biofactory that eats excrement and other useless waste to then metabolize and produce burnable oil that can power generators and fertilize crops! Regarded as the perfect tame for cleaning up around the tribe’s dino-pen. 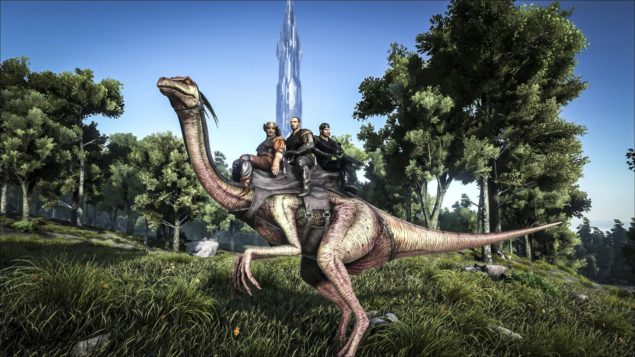 It’ll come as no surprise to survivors that the Gallimimus has been often been described as being chicken-like, with it’s extremely skittish behaviour, looking nervous even when eating! The speedy herbivore makes its way onto the ARK with no natural way to defend itself except for running away. Thankfully the Gallimimus may very well be the fastest dinosaur on the ARK, it's strength, endurance, and speed of its legs allow it to ferry up to 3 Survivors in a specially-designed Saddle! 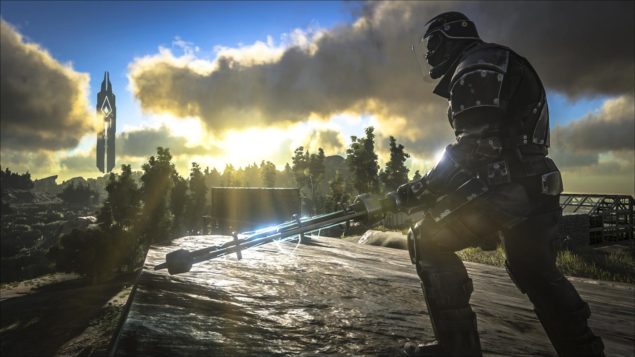