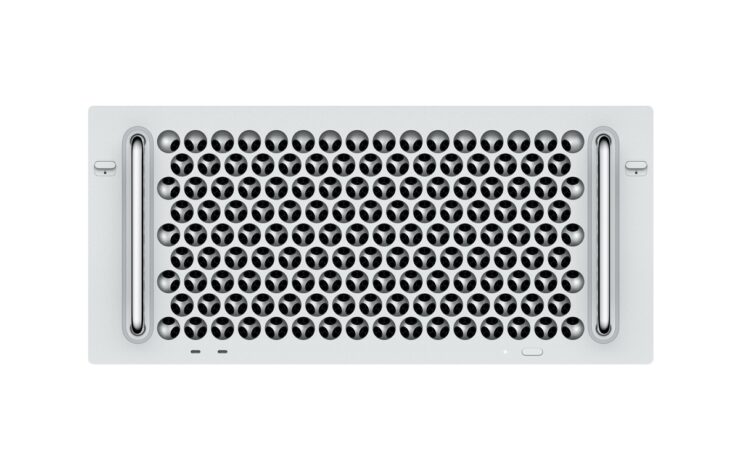 Apple is now selling the rack mountable version of its new Mac Pro powerhouse and it starts at a whopping $6,499.

Pros Can Now Buy the Rack Mountable Mac Pro if They are Ready to Spend $6,499

The Mac Pro is now available as a rack mountable option for those who are looking to set up the pro desktop up in a very specific manner. The regular version of the Mac Pro starts to $5,999 but the rack mountable variant is going to set you back $499 more at just $6,499. You don't get anything extra with this option except a design that is better suited for racks, that's it. Everything else remains the same.

For the above mentioned price, you get a computer with a 3.5GHz 8-core Intel Xeon W processor which can Turbo Boost up to 4GHz. 32GB of DDR4 ECC memory comes as standard. Radeon Pro 580X handle all the graphical needs with 8GB of onboard GDDR5 memory. You get a super fast 256GB SSD. Magic Mouse 2 and a Magic Keyboard with Numeric Keyboard is also a part of the bundle. Last but not the least, you get rack mounting rails which ship in a separate box. Of course, you can customize the living lights out of this configuration and take it all the way up to $50,000 with 1.5TB of RAM and whatnot. But that's something many aren't going to consider.

If you are intersected in the rack mountable Mac Pro then you can simply head over to Apple's website and grab yourself one. Again, there's nothing here that you wouldn't get with the regular Mac Pro. Everything is the same. It's just an option for people who might have different needs when it comes to how they want their workstation to be like.

There are a ton of ways how a Mac Pro might end up being more useful than a regular Mac. For starters, if you are a videographer, then the extra compute power combined with Apple's Afterburner card might prove to be a real game-changer for you. And speaking of games, the Mac Pro is not a gaming machine despite what its specs might make it sound like. But again, that's not what you'll be buying this beast for.  And of course, you're not going to buy the new Mac Pro for listen to just Spotify either.