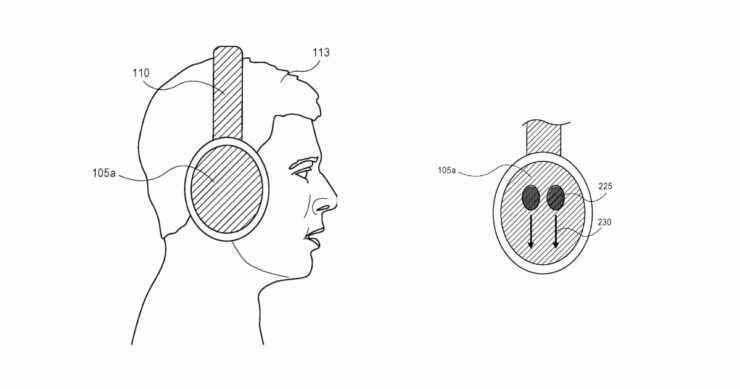 Apple has been granted a new patent today for their upcoming over-ear headphones with support for touch gestures and headphone rotation detection.

The patent, spotted by Patently Apple, goes into detail on the touch-based input surface of the new headphones. The surface will detect taps and swipes to perform various actions such as changing volume or playing and pausing music.

The headphones will also be wearable in different positions, such as with the band behind the user's head. In such a situation, the headphones will adjust the orientation of the touch surface in the ear cups, and interpret input gestures accordingly.

One of the biggest complaints that AirPods users have is that they do not support volume controls. Users have to use their iOS device or Mac to adjust the volume or ask Siri to change it, neither of which is convenient. This can be attributed to the small size of AirPods, which do not support any such gestures, but Apple also does not allow users to configure the tap gesture on AirPods, or force touch gesture on AirPods Pro, to change the volume.

With its rumored upcoming over-ear headphones, Apple seems to be working on implementing this basic feature. However, not every technology filed in patents by Apple is actually implemented into products.

Apple is expected to announce its over-ear headphones, likely to be called AirPods Studio before the end of this year. They will be modular headphones and will compete against the likes of Bose, at a price of $349.