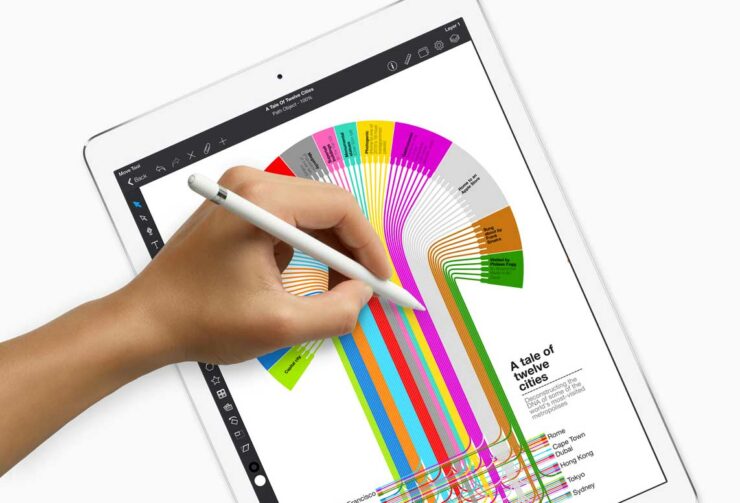 Apple decision to conduct an education focused iPad event this year took everyone by surprise. After all, the company has a lot on its plate. It's iPhone X launch did not go as expected, despite managing to keep revenue streams stable. So, while a lot of folks expected rectifications in this segment, Apple chose to focus on education.

The company is active in this arena, as it takes part in a lot of programs to ensure impoverished children benefit from its excellent tools. And before we forget, one of Steve Jobs' aims was to ensure human beings can reach their maximum potential using computers. With that in mind, let's take a look at Apple's latest tablet launch, carried out specifically with education in mind. Head over below for the details.

Apple Launches The $329 iPad As It Aims To Ensure Maximum Market Penetration, Drive Up Revenue From Other Segments And Ensure That Students Have The Right Tools For A Better Future

As is with nearly every Apple event, we got to see some big claims today. Our favorite is one from Greg Joswiak, who believes that children are "ultimately more successful when they're working with iPad". We'd love to see some research carried out to investigate it; preferably free from Apple's influence.

Moving back to Apple's latest launch, it comes with all the basics which include Touch ID, Apple Pencil support and a similar front design as its predecessors. It's also got the same tilt and pressure sensing as the current iPad Pro. Apple focused on software today, introducing new versions of Pages, Numbers and Keynote; all of which support the Apple Pencil.

Apple takes a page out of Google's book this time, choosing to highlight on collaborative apps. This is absolutely necessary if the company's new education focus is successful. Following tune with the iPhone X launch, Apple also emphasized on AR. It focused on apps allowing students to interact virtually with situations designed to imitate real life, such as frog dissection.

Moving towards hardware, the 9.7" tablet does not feature Apple's latest A11 chip. Instead, it's powered by the A10; Apple's first quad core chip. The tablet features an 8MP read camera with a 10 hour battery life. It supports LTE and weighs just 1lb, which is cool since its intended audience are children.

Moving towards the price, the tablet will cost $299 for schools and $329 for consumers. It's focus on cutting Google's Chromebook gains was obvious throughout today's event. Right now, the Chromebook accounts for 60% of notebooks and other gadgets shipped to K-12 schools (Future Source Consulting); a fact which has likely ruffled a lot of feathers at Cupertino.

The iPad is available today and will start to ship next week. Let's hope that the end result of corporate drive for market share ends up helping students and spurring innovation. Thoughts? Let us know what you think in the comments section below and stay tuned. We'll keep you updated on the latest.