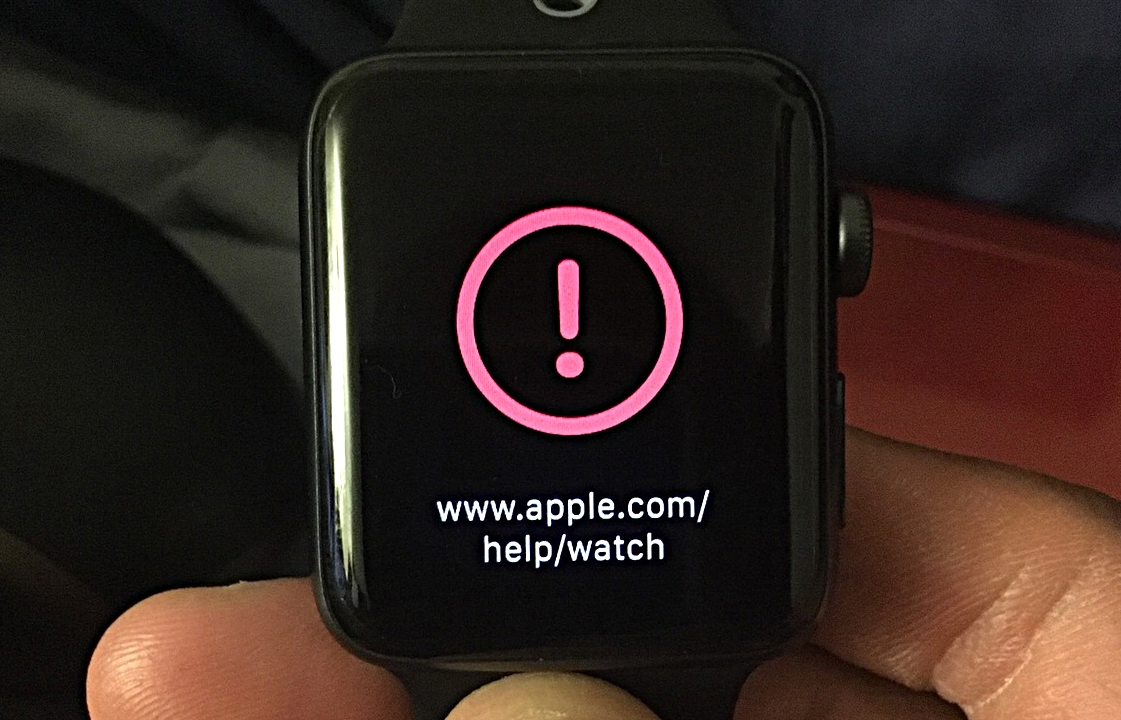 Apple released watchOS 3.1.1 to Apple Watch users yesterday, offering bug fixes and performance improvements. However, after users started to install the latest update, some reported that the update process bricked their devices. Affected users reported that they were led through the process, but received the above screen showing a red exclamation point with an instruction to visit the Apple Watch help site.

The solution to this problem? None. As we reported earlier, there is no IPSW file to download and restore using iTunes. Apple's showing off the URL doesn't help either since Apple Watch help site - like any other - offers generic help with Watch issues. Using the website, however, you can learn the one step needed to force restart an Apple Watch, which might help you get back your Watch (hasn't helped users, though):

But, if it doesn’t help, the only solution is to send your device to Apple for replacement. Tedious, yes.

There still isn't any information about why some models are working perfectly after the update and others are affected - specifically Apple Watch Series 2. To get some time to iron out these issues and stop the risk of damaging more devices, Apple has temporarily pulled (via MacRumors) the watchOS 3.1.1 update. The watchOS 3.1 is listed as the most recent update for those who didn't install 3.1.1, making it impossible to try the latest update and risk bricking your Watch in the process.

Affected customers with a bricked Apple Watch are recommended to visit an Apple retail store or contact Apple support. At the moment it is unclear how long watchOS 3.1.1 will be unavailable, but you won't be able to get your bricked Watch back in the working mode so time to head out to get a replacement unit.