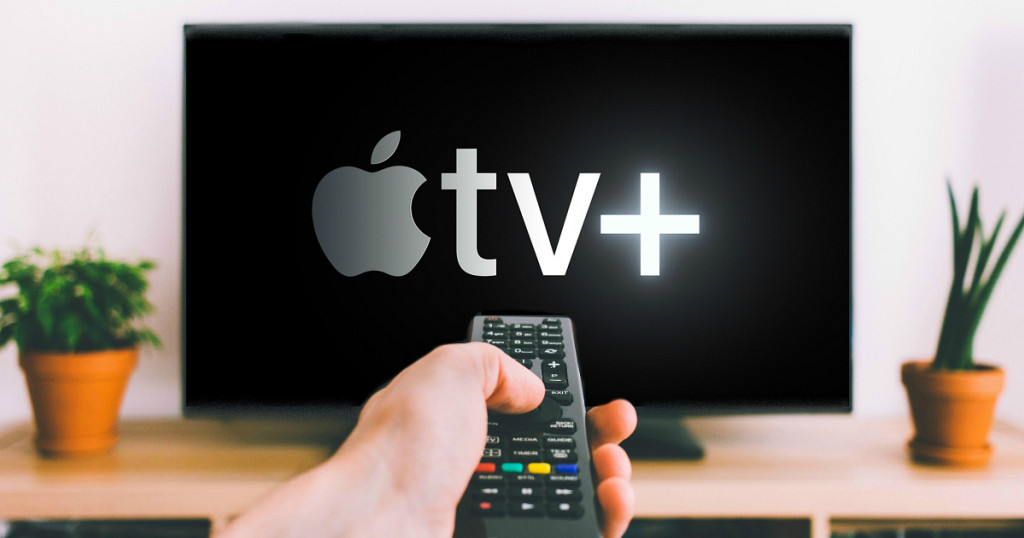 Apple TV+ is still young compared to other video streaming services on the market. According to American Customer Satisfaction Index (ACSI), Apple's video streaming service is considered to be below average in terms of original programs and value. In terms of others, Apple TV+ took the 12th spot in the 2019 to 2020 U.S annual index. Scroll down for more details on the matter.

Apart from ranking 12th, the Apple TV+ received the customer satisfaction rating of 74 out of 100 which is the same score received by HBO and Google Play. On the top of the list was Disney+ that received a score of 80 out of 100. While it may come as a surprise, but Disney+ beat the former video streaming giants like Netflix that received 78 out of 100. Disney+ launched in November of last year, at the same time Apple TV+ was launched.

Six months after its November 2019 launch, Disney+ had 54.5 million subscribers worldwide. The service has broad appeal to families with content spanning Walt Disney Studios, Pixar, Marvel, National Geographic, and the Star Wars universe—including the breakout series "The Mandalorian." According to viewers, Disney+ is a standout across much of the customer experience and its original content rates best in class.

Other than this, Hulu got 77 out of 100 that brought it closer to  Netflix. Take note that Netflix is by far the largest streaming service with a whopping 183 million subscribers in its hands worldwide. Apple, on the other hand, did not yet reveal the number of subscribers that it managed to score. Apple still has a large number of non-paying subscribers because the company provided everyone who purchased an Apple device a free year of Apple TV+. 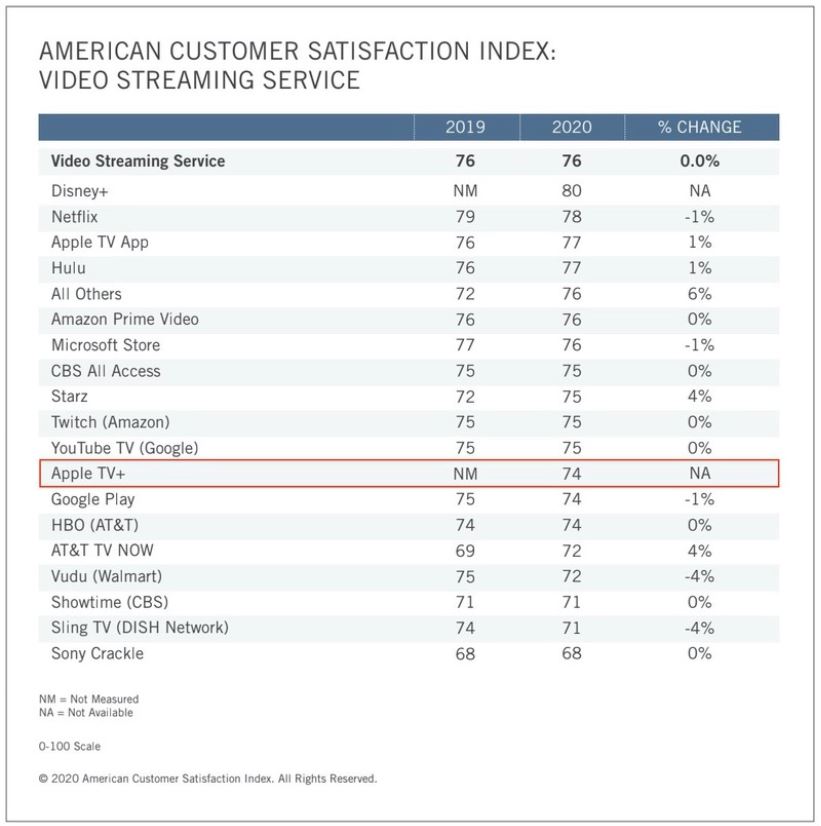 Apple is reportedly purchasing older movies and shows for its streaming service in a bid to keep a catalog of content. This will make the service of better value to customers as users would have wider options. Moreover, Apple TV+ will also be positioned well in contrast to other streaming services with huge libraries.

We will share more details on the story, so be sure to stick around. Also, share your views with us in the comments.