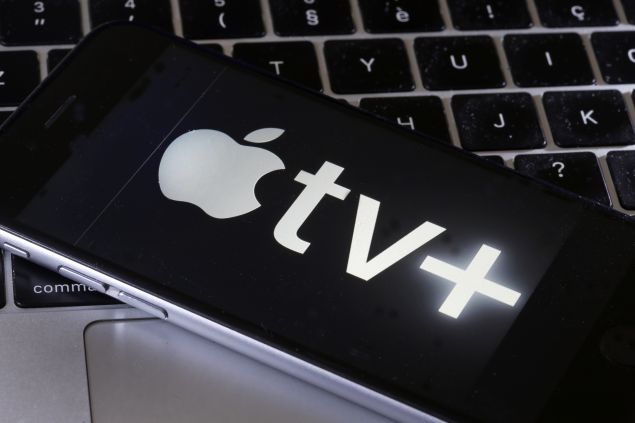 PARIS, FRANCE - SEPTEMBER 11: In this photo illustration, the Apple TV Plus logo is displayed on an iPhone screen on September 11, 2019 in Paris, France. Yesterday, the US multinational Apple announced at its keynote launch its video on demand web television entitled Apple TV Plus. video streaming service Apple TV + will be available from November 1, 2019 in France and in a hundred countries at a rate of 4.99 euros per month. (Photo by Chesnot/Getty Images)

In a development that does not bode well for Apple’s (NASDAQ:AAPL) newly launched TV+ service, a top executive responsible for the tech giant’s content streaming platform has decided to call it quits just days after the service’s debut on 1st of November (read our previous coverage here).

According to The Hollywood Reporter publication, Kim Rozenfeld is leaving his position as head of Apple TV Plus’s scripted programming, documentary and unscripted content. The departure, however, appears to have taken place in an amiable environment as Mr. Rozenfeld has signed a first-look deal with Apple on behalf of his company, Half Full Productions. The film industry commonly employs such an agreement whereby the potential buyer – usually a producer or a studio – of an in-development project gains the right, by paying a development fee, to be the foremost viewer and bidder of that project.

Kim Rozenfeld was one of the first hires of Apple TV Plus executives Zack Van Amburg and Jamie Erlicht and, incidentally, all three appear to have previously worked at Sony TV. This latest high-profile departure follows recent endeavors by Apple to combine its development and current programming teams under a single executive and, additionally, may communicate a desire within Apple to move in a direction that is different to the one pursued by Rozenfeld.

The exit follows the recent debut of the much-anticipated streaming platform with four scripted original series — Dickinson, For All Mankind, The Morning Show and See — along with an interview show, called Oprah's Book Club, and a number of series for children. The original series have been met, so far, with underwhelming reviews from critics. James Poniewozik at the New York Times wrote: "It’s like something assembled in a cleanroom out of good-show parts from incompatible suppliers. Under the gleaming surface, as sleek and anodyne as an Apple Store, it is a kludge.”

Nonetheless, critical appeal may not be the all-encompassing criterion for Apple as user ratings for the shows have been generally higher. The Morning Show, one of the worst critically rated shows in the offering, has an audience score of 92 percent at the Rotten Tomatoes. Similarly, See, a sci-fi series that features Jason Momoa and has been set in a post-apocalyptic future where everyone is blind, is the worst-reviewed show as far as critics are concerned but has an audience approval score of 88 percent on the site. This factor, ultimately, may have played an important role in Apple slating all four originals for follow-ups.

“Viewers aren’t critics,” analyst Eric Haggstrom at eMarketer told The Verge in early November. “People will watch these shows, regardless of what critics say. Whether they continue to watch them after a month depends on quality.”