If you’re into Jailbreaking your iOS device, you must know that with the latest release of iOS 8.1.3, the elements that enable jailbreak to take place are patched up. As an adviser to the jailbreakers, either stay on iOS 8.1.2 or upgrade to it, as to preserve the jailbreak status. This happened recently when Apple prohibited itself to sign the previous version firmwares, this means that iOS 8.1.3 can not be downgraded to iOS 8.1.2.

The days to downgrade your iOS device are over. In the recent past one could create fake Apple servers to permit downgrading using an app or two which includes the TinyUmbrella. Jailbreakers with their specific device and preserved relevant information cannot help to downgrade the OS version now. So the users with iOS 8.1.2 in their devices should keep their jailbreak status and not update. 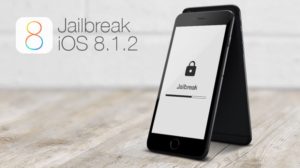 No More Downgrade - No More Jailbreak For iOS 8.1.3 users?

There is only a week of gap where you have the authority to downgrade your iOS version, but right now if you are on the 8.1.3 version, you can no longer come back to iOS 8.1.2. Here on in, take extra care of your device – not to get it upgraded to iOS 8.1.3 by accident because you will be enduring it unless the successive jailbreak arrives.

Since the start of iOS 8, we have been a little overdoing - the jailbreaking! Exploits to jailbreak were scarce a few years back and jailbreaking seemed to be vanishing, but with at least 3 individual jailbreaks reaching out to 8.1.2, every person who owned an iOS device had the option of jailbreak.

What about the scope of jailbreaking in future? TaiG, Pangu and PP have long been working on iOS 8 and we can still hope that future jailbreaks will be possible. This is because the hacking community is as active as ever. To hope that they will sort out a possible solution to this would not be regarded as an understatement.

If there are any future jailbreak developments, we will surly let you folks know with step by step manuals. However, how do you guys feel about this mishap? Is it the end of jailbreaking? Let us know in the comments below.

Wccftech Deals: Pay What You Want For Web Development Courses