In spite of Apple's best efforts to keep its iOS software as watertight as possible, hackers and software experts still continue to find ways of picking holes in the infrastructure. A new software-based tool, which has not yet been released but won't remain in obscurity forever, can crack the Passcode of any jailbroken iPhone, iPad or iPod touch in less than 14 hours, and if you're concerned about your private data being snooped at, we've got a guide that will help you better protect yourself against potential intruders.

Off the back of reports that iOS's Passcode lock had been hacked by MDSec's little black box tool, which used a specific technique to bypass the Passcode retry limit, developer Majd Alfhaily sought to recreate it using a software-based system. Although stock, untouched iOS cannot be circumvented using his process, any jailbroken device can have its Passcode undone in no longer than 14 hours using Alfhaily's TransLock tool, making it several times more efficient than MDSec's potentially 110-hour-long operation.

Let's be frank, a four-digit Passcode is not the most secure system ever to have been put into place. While most are aware of the inherent risks associated with jailbreaking, it's still disconcerting to hear that a Passcode Lock, along with all the data behind it, can be bypassed so readily using Alfhaily's methods.

Here's a video of his hack in action:

To be clear, we're not scaremongering here. The chances of having your Passcode skipped using this method are, even in a jailbroken state, slim to none. After all, the tool facilitating everything is not even out yet, and even when it does make its way from Alfhaily's clutches, anybody looking to slip into your device will require physical access in order to do so.

However, using a more complex, alphanumeric password makes a lot more sense from a general security aspect, and here, we're going to show you how to set one up.

Tap on the Settings app from your home screen and select Touch ID & Passcode.

Toggle Simple Passcode to OFF. Enter your current secret digits if you already have a Passcode set up, or hit Turn Passcode On if you do not. 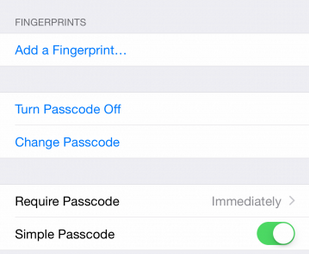 Now, you have the chance to really bolster security by entering a complicated password. You may find the idea of re-entering a complex sequence of numbers, letters and symbols to be rather long-winded, but at the same time, the more creative you decide to get, the less likely somebody is to access your personal data.

Reenter the newly-set password, and hit the Done button to complete. 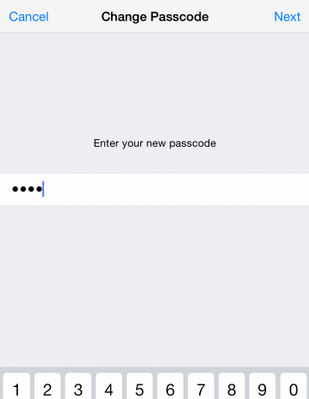 Next time you are at the lock screen, you'll be met with the full keyboard to type in your new credentials. Sure, it's not as convenient as four easy-to-enter numbers, but if you value your personal security, it's a bit of extra effort worth putting in.