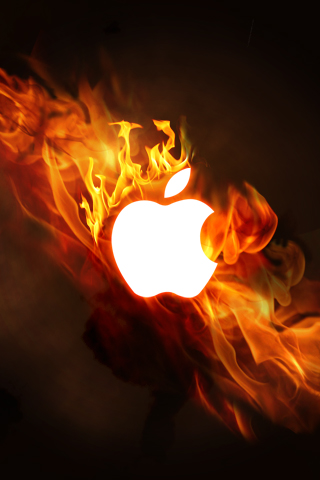 Apple (NASDAQ:AAPL) sold less than half a million smartphones in China during the month of February, the lowest such sales figure in over 7 years amid the ravages of the ongoing coronavirus epidemic.

As per the data released by China Academy of Information and Communications Technology (CAICT), Apple shipped 494,000 units in February 2020, down by over 75 percent relative to the January 2020 sales figure of just over 2 million units. Bear in mind that Apple had sold 1.27 million units in China during February 2019. This is Apple’s lowest monthly sales figure in China since at least 2012, when the CAICT began publishing the official smartphone sales figures in China.

Cumulative smartphone sales in China for the month of February stood at 6.34 million units, marking a whopping decline of 54.7 percent relative to the 14 million units sold in the country during the comparable period last year.

Interestingly, Android devices – including those manufactured by Huawei and Xiaomi – accounted for the bulk of this decline in cumulative sales figures, witnessing a collective decline in shipments to 5.85 million units from 12.72 million units that were sold in February 2019.

Apple’s iPhone sales were hammered in China as the epidemic eviscerated consumer demand. Moreover, the Cupertino giant was forced to shutter its branded stores for at least 2 weeks last month amid mandatory quarantines and closure of public places in China.

Tim Cook, the CEO of Apple, conceded in a letter to the investors that the smartphone giant would not be able to meet its initial revenue guidance for the current quarter. The letter, published in early February, cited a sluggish ramp-up of manufacturing activities in China – amid travel restrictions and extended Lunar New Year holidays – along with the attendant demand slump as key reasons for the guidance miss. Apple had previously expected to earn between $63.0 billion and $67.0 billion in revenue in the quarter that ends on the 31st of March 2020.

Of course, the current situation is also hurting Apple’s suppliers. As an illustration, Foxconn (TPE:2354) stands to lose $15.4 billion or 8 percent of its FY2020 revenue and $1.8 billion or 39 percent of its operating profits for the year, as per the most recent estimates by Goldman Sachs. The company has already declared that it can presently meet only half of the demand for its products as the operational capacity of its facilities remains constrained.

China placed millions of people under lockdown and shuttered factories, including those of Foxconn, as the coronavirus epidemic worsened in late January and February. The mandatory quarantines and termination of transportation links between key Chinese manufacturing hubs have wreaked havoc on the global manufacturing and tech industry as supply chains ruptured and demand collapsed. Nonetheless, the situation appears to be stabilizing, as evidenced by Foxconn’s recent announcement that it would resume normal operations by the end of March.