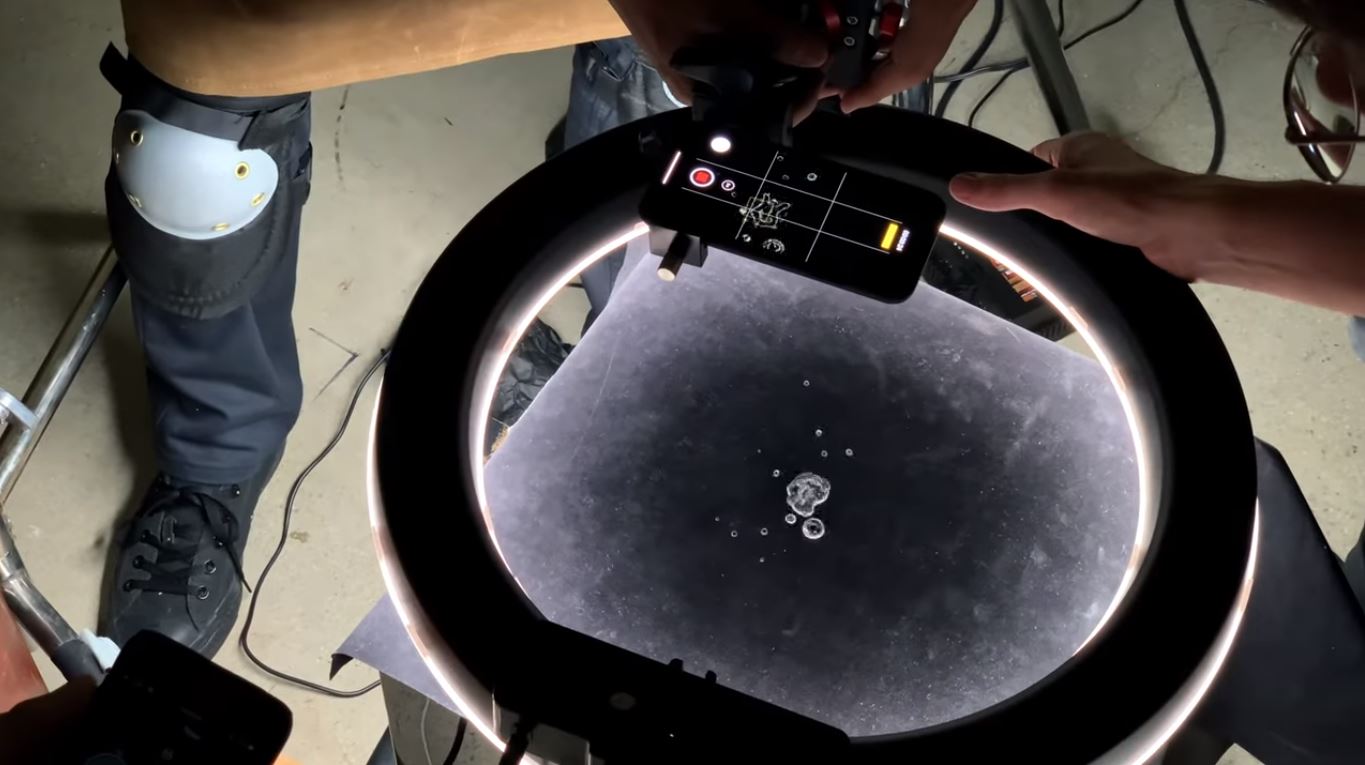 Earlier today, Apple announced its highly anticipated flagship smartphones of the year along with a cheaper 6.1-inch iPhone Xr. Other than the iPhone XS and iPhone XS Max, Apple also unveiled the fourth iteration of its smartwatch, the Apple Watch Series 4. Now, after the buzz, the company has released a new video on its YouTube channel in which it highlights the video capabilities of the high-end iPhone. Let's see some more details on it.

The new video shared by Apple is 1 minute and 44 seconds in length and shows off how the iPhone XS was used to shot several different modes in an experimental video. The first video details an experiment using sound, light, and water to create a stunning slow-mo video.

The second experimental video details a beautiful 4K video created using soap, water, and corn syrup. The video is shot at 4K at 60 frames per second and shows what the device's camera is capable of. The last experimental video the company uses steel wool and fire to draw a low-light video.

A first look at stunning video shot on the new iPhone XS – the highest quality video of any smartphone. Water, fire, metal and light were used to create these mesmerizing scenes using 4K, Slo-mo, and Time-lapse.

However, this is not just another Apple video showing the results. In fact, as soon as the experiments are over, the video shows behind-the-scenes as to how it was created using different tools. The iPhone XS is best for shooting 'high quality' videos on a smartphone according to Apple. Check out the video embedded below for more details.

The iPhone XS is Apple's refined version of last year's iPhone X. The company also introduced a plus-sized variant of the device called the iPhone XS Max, be sure to stick around for an in-depth comparison.

There will be more to the story, so be sure to stay tuned in for more. This is all for now, folks. What are your thoughts on the new experimental video? Let us know in the comments.

iPhone XS 120Hz Touch Sample Rate Explained: Not the Same as the Razer Phone’s 120Hz Refresh Rate but the Start of Something Better