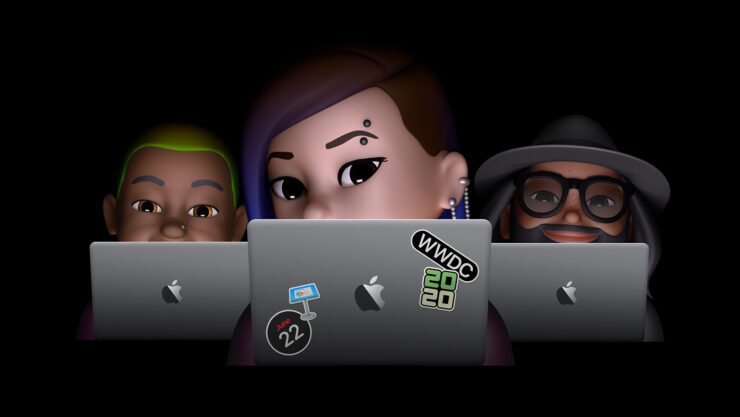 Apple has announced its event lineup for its first-ever virtual Worldwide Developer Conference, which will be held on June 22.

The conference will feature a keynote address where Apple is expected to announce iOS 14, iPadOS 14, macOS 10.16, tvOS 14, watchOS 7, and more. The company will also share its plans for Mac transition from Intel to ARM processors. If rumors are correct, Apple might also announce a few new hardware products during this keynote, which include a redesigned iMac, and a new Apple TV.

Due to the pandemic, this will be the first time that the event will be hosted virtually. Apple expects more than 23 million developer community members to tune in, from June 22 to June 26, which is a huge number of virtual attendees. The event will be live-streamed on all Apple platforms, YouTube, and other websites in China.

Discover exciting new innovations and updates coming to all Apple platforms later this year. The keynote address will stream directly from Apple Park via apple.com, the Apple Developer app, the Apple Developer website, the Apple TV app, and YouTube, and will also be available for on-demand playback after the conclusion of the stream. For viewers in China, the keynote will also stream on Tencent, iQIYI, Bilibili, and Youku.

Apple has posted its schedule for the event which will start with the special keynote on June 22, 10 a.m. PDT. It will be followed by a Platforms State of the Union, which is also interesting as it provides additional information on the newly announced platform updates.

For developers, there will be over 100 engineering sessions, which will also be posted online for on-demand viewing. Developers can sign up for 1-on-1 developers labs with Apple engineers, as an appointment only session. New Apple Developer Forums will also be available from June 18, which will allow the developer community to interact with more than 1,000 Apple engineers from the first day of WWDC. This will be a replacement for in-person interactivity with Apple engineers, which is a huge part of WWDC.

We will be providing in-depth coverage throughout WWDC, so stay tuned for all the news, updates and analysis.