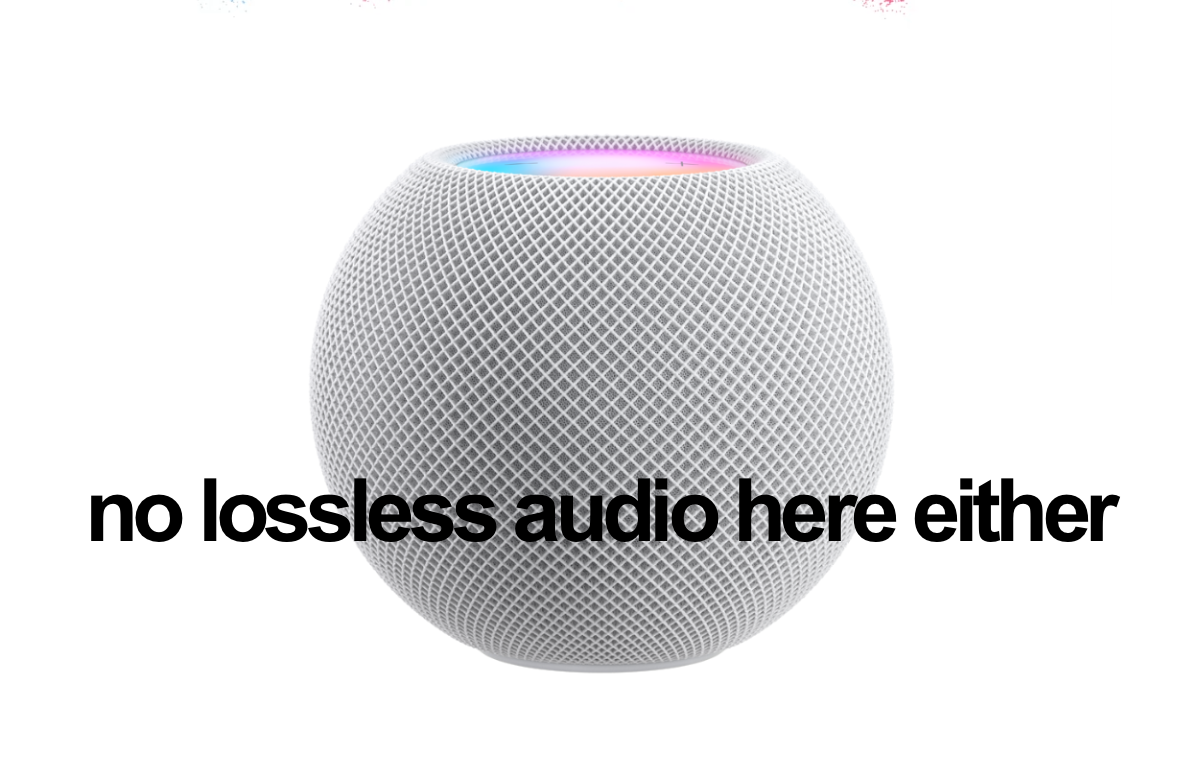 You thought the fun stopped at AirPods Max? The HomePod and HomePod mini both will not get support for Apple Music lossless audio either.

The only thing both HomePod speakers will be getting is this - Spatial Audio. If you were worried whether your Siri speaker will get something out of the new Apple Music update, it is just this, nothing else.

So, it makes it absolutely clear at this point that Apple has no audio hardware at all, which is sells under its own brand new which plays lossless audio. At the same time, it gives us hope that Apple might be working on hardware in the background to compliment these new announcements.

We will see how this one pans out.