Cupertino tech giant Apple Inc (NASDAQ:AAPL) buried the hatchet with Qualcomm Inc (NASDAQ:QCOM) in April last year, when the pair announced that they were settling all royalty disputes and entering into a six-year licensing agreement that commenced from April 1st, 2019. This deal came at the heels of 5G internet connectivity making inroads inside the United States; a development that will benefit the San Diego chip giant massively revenue-wise.

Its deal with Apple resulted in a $4.7 billion licensing fee being paid to Qualcomm by the iPhone-maker, confirmed Qualcomm on its investor day held late last year. At the event, the company also shared its take on what it expects will be the future of the 5G smartphone industry globally, in the form of handset shipments. Now, a fresh report from Susquehanna International Group LLP's analyst Mehdi Hosseini provides details regarding unit shipments for this year's iPhones. Take a look below for more details.

Apple's problems with shipping a sufficient amount of iPhones to either keep up with or beat previous numbers are well known. While the company stopped sharing official unit shipment figures for the iPhone at the start of last year, estimates from investment bank JP Morgan do not paint a good picture. As per a report that surfaced last month, Apple is expected to have shipped 189 million iPhones in its fiscal year 2019 (following the iPhone XS lineup's launch).

Looking at the future, the investment bank expects Apple to ship 198 million iPhones in its current fiscal year ending in September 2020. These shipments will further grow to 207 million in FY2021following Apple's 5G iPhone launch this year, and if we analyze data from Susquehanna in tandem with JP Morgan's estimates and other analyst reports lets us speculate on just how much the company might earn from the 5G iPhones in the first half of its fiscal year 2021.

Susquehanna believes that Apple (NASDAQ:AAPL) will manufacture 60 million 5G iPhones in the last six months of the calendar year 2020, and for the technically inclined, 8 million of these will be for iPhones supporting mmWave 5G networks and the rest for devices with sub-6GHz connectivity. 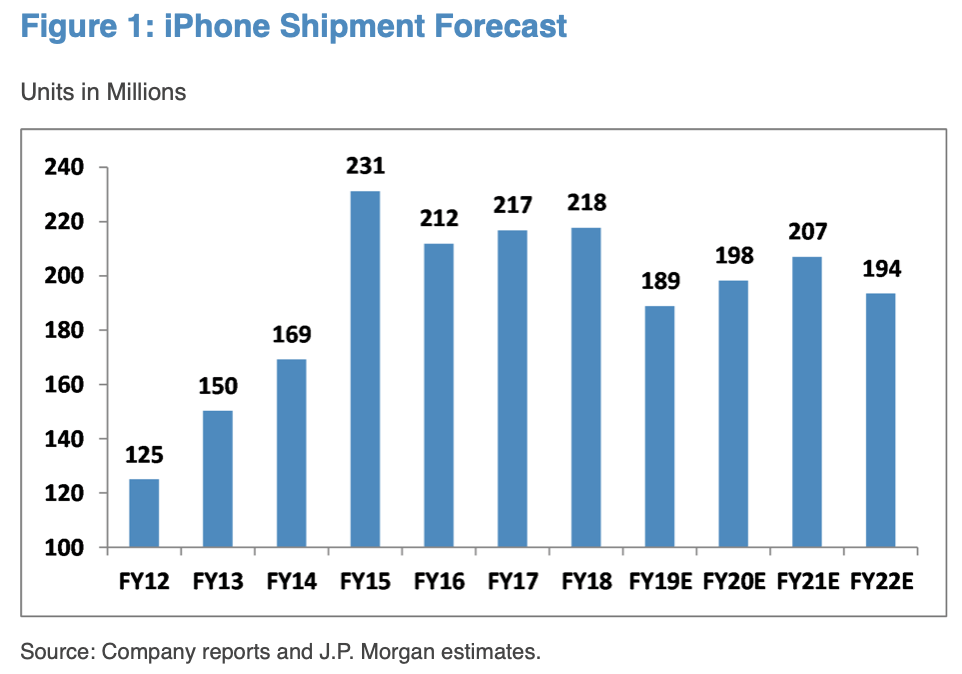 To get a rough estimate of Apple's 5G iPhone revenues, we'll first have to find out the device's average selling price (ASP). Fortunately, we've already calculated this through reports from notorious analyst Ming-Chi Kuo and Bank of America surfacing last year. These let us deduce a $790 average selling price for the smartphone, and when this number is multiplied with Susquehanna's estimate of 60 million iPhone shipments, we find that the Cupertino tech giant is set to earn $47 billion from devices with the next-generation network connectivity that it manufactures this year.

For comparison, the smartphone brought in $52 billion in Apple's first fiscal quarter for 2019, following the launch of the iPhone XS lineup. iPhone unit shipments at the time decreased in all of Apple's geographic regions, and the company did not segregate revenues based on the smartphone's models. Additionally, given that Susquehanna's 60 million production estimates are for the second half of this year, and Apple's iPhone production for 2019's first half stood at approximately 114 million for the entire lineup as per data from Cowen and Mizuho, the company might rely on last year's iPhone 11 lineup to attract users following a price cut for them expected in September.

This reliance will be compounded by the fact that Susquehanna believes that the faster mmWave 5G iPhones will be released later in December 2020 or January 2021 due to Apple's decision of sourcing the smartphones' Antenna-in-Package modules internally. 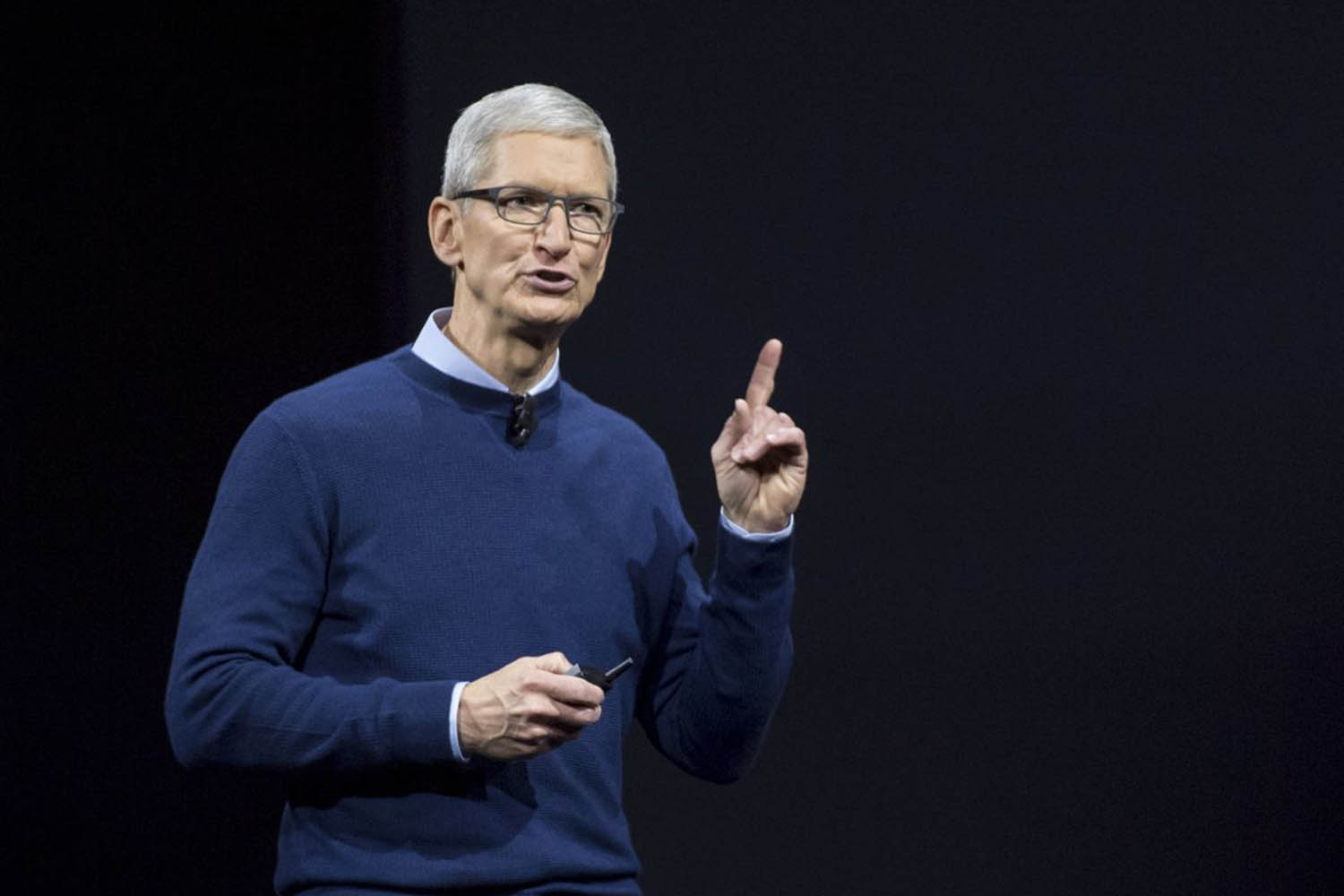 Despite this less-than-stellar outlook for the 5G iPhone, capital management firms have continued to increase their holdings in Apple Inc's stock. As per 13f filings viewed by Wccftech, between December's final week and January's starting week, 20 investment firms increased their holdings in Apple stock by 1.4 million shares. The stock has rallied throughout 2019 after dropping down to a record low at the start of the year following Apple's first earnings revision in years after headwinds from China.

For its part, Qualcomm (NASDAQ:QCOM) projects 5G smartphone unit shipments in the calendar year 2021 to exceed 450 million devices, and if we assume that Apple will optimistically ship 100 million 5G smartphones in the year, then it's clear that this will not even be one-quarter of the total 5G smartphone shipments for 2021. Given that Qualcomm will have fully brought 5G connectivity to middle-tier gadgets by then, and Apple (NASDAQ:AAPL) is unlikely to have diluted the premium image associated with the feature even then, this isn't surprising. However, do not take anything as set in stone especially as JP Morgan expects that Apple will have shifted to a bi-annual iPhone launch cycle. The Bank of America, for its part, believes Apple will consistently ship 200 million iPhones through its calendar years 2020 - 2022.

Thoughts? Let us know what you think in the comments section below and stay tuned. We'll keep you updated on the latest. Keep in mind that this piece does not constitute investment advice; you are therefore advised to conduct your own due diligence prior to making any investment decisions.