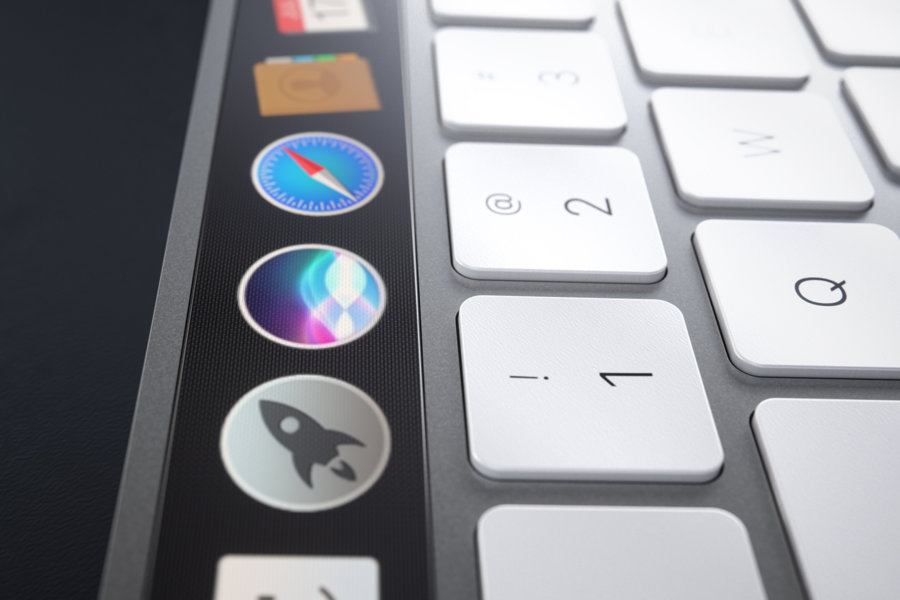 Image designer Martin Hajek is at it again with his brilliance; this time with bringing up a concept of the Apple Magic Keyboard with an OLED touch pad that looks absolutely amazing. The last time the designer decided to put his wits illustrating an Apple product, he managed to create a very impressively crafted concept of MacBook Pro. Now, we get to witness the same concept, but this time, a different Apple product is brought into the spotlight.

He maybe a designer, but Hajek is already providing Apple a ton of tips of how they can further improve its product lineup, starting with the tech giant’s accessories. With the Apple Magic Keyboard concept, you can see that the OLED touch pad behaves with similarly to what you saw on the OLED display present on top of the keys of the Apple’s upcoming flagship notebook concept.

As you can see in the images, the desktop icons appear right on that display, suggesting that you will be able to cut your time in half when carrying out tasks because rather than viewing and clicking those icons on the screen, you will be able to initiate them through the Apple Magic Keyboard itself.

One other thing that we noticed was that when an application is fired up, it brings up its own dedicated controls on that OLED touch pad, so you can take control of the functions without using the mouse accessory to carry out the exact same act while glancing at the display. It appears that the designer is a huge fan of House of Cards, and why would he not be, especially when an actor like Kevin Spacey delivers a stellar performance.

Coming back to the Apple Magic Keyboard, you can also view that there is some form of backlighting present, which suggests that the user could probably adjust the lighting to their will, and those colors will shift tone as soon as the surrounding level of lighting changes up. This could ensure that the user does not erroneously tap the wrong key when carrying out a specific task because that backlighting will improve their sight.

There is even a video of the concept given below, and hopefully, the next Apple Magic Keyboard that we see will be loaded with such nifty features. What did you guys think of the latest concept from designer Martin Hajek? Let us know your thoughts immediately.