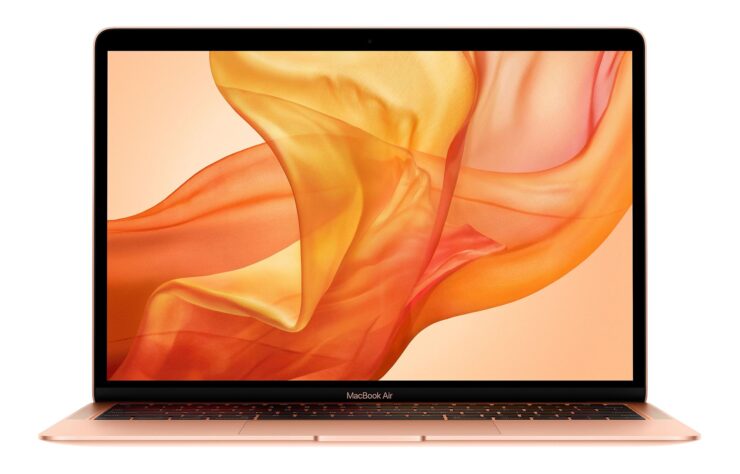 During Apple’s Q2 2019 results, company CEO Tim Cook reported that Mac revenue declined to $5.5 billion from $5.7 billion. Both Cook and Apple CFO Luca Maestri put the blame on Intel and its processor constraints that led to this decline. As it so happens, a new report suggests that Apple was supposed to launch the MacBook Air earlier than usual, and the reason for that delay was none other than Intel.

According to our previously covered report, Intel had apparently failed to provide Apple with its latest seventh-generation processors, at the time to be used in the redesigned MacBook Pro 2016 lineup. This forced Apple to continue using Intel’s Skylake or sixth-generation series of processors, but one might say that there wasn’t a massive difference in performance between the two iterations. However, considering that Apple’s competitors in the premium notebook market had already started selling their own versions of maxed out machines running Intel’s Kaby Lake processors, it certainly would have infuriated the technology giant that it didn’t get the best components from its partner.

Fast forward to today, Daring Fireball reports asking a source why the MacBook Air was delayed. Given below is the reason why.

“I asked an Apple source last fall why it took so long for Apple to release the new MacBook Air. Their one-word answer: “Intel.”

One of the big questions for next month’s WWDC is whether this is the year Apple announces Macs with Apple’s own ARM processors (and graphics?).”

While Apple might have already been pursuing a goal of in-house chips for its notebook range, Intel’s lack of commitment might have given the iPhone maker more motivation to reach the finish line quicker. Additionally, if you recall, Apple was reportedly displeased with Intel’s progress regarding its 5G modem development, then shortly after, reports were coming in droves, detailing Apple’s own progress on assigning personnel for its in-house baseband silicon project.

According to Bloomberg, the first MacBook to feature Apple’s ARM-based chip should be launched next year. Considering that A12X Bionic used in the 2018 iPad Pro duo is as fast as a 15-inch MacBook Pro, which by the way is armed with a hexa-core Core i7 chip, Apple has more than sufficient firepower to create an ARM-powered MacBook. Going this route will also provide future MacBooks with considerable battery life.

We should also consider that fully-fledged professional applications like Photoshop are expected to arrive for the iPad later this year, showing that Apple’s A-series is not just capable of tackling intensive tasks, but the company has been testing desktop-based professional apps in the shadows to make it compatible with the iPad, a product that’s powered by a custom-made A-series chip

Of course, severing its partnership completely with Intel isn’t going to be the smart move; Apple will most likely procure the more powerful processors from its partner to be used in machines like the MacBook Pro, iMac family, the iMac Pro, and the upcoming Mac Pro, so a complete transition to ARM chips will still take a few years to complete.