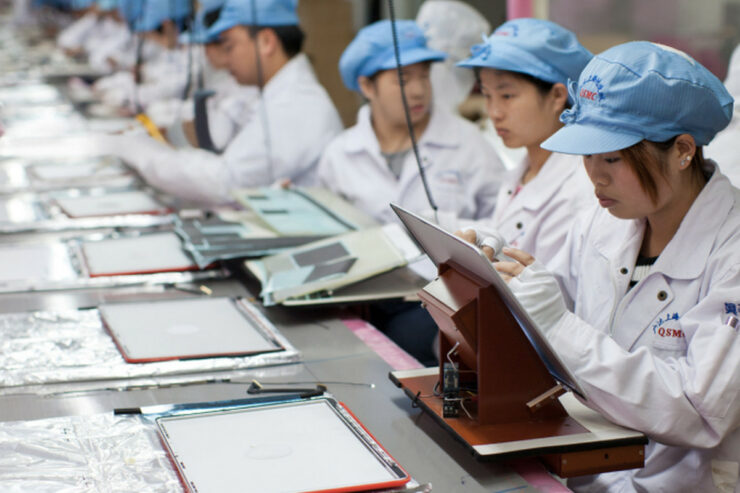 Apple's expected to shake things up on the iPhone's display over the course of these three years. Supply chain reports have suggested that this year will be last for an iPhone with an LCD display. If Apple continues to launch its 'R' branded iPhone next year, then the smartphone will not feature an LCD display panel. If this is the case, and if Apple manages to sustain market interest in its smartphone lineup for the course of another year, then the company will have to expand its supply chain. On that note, we've got a report from South Korea suggesting that LG will set up a new plant with dedicating manufacturing lines for Apple's smartphone OLED display orders. Take a look. below for more.

LG's E6 Paju OLED plant has manufacturing lines built according to Apple's specifications suggests ETNews. Production lines 1, 2 and 3 will be dedicated to Apple's flexible OLED panel orders, and the displays will make it on the iPhone next year. While the Cupertino tech giant is expected to launch three new iPhones next year if it's current objectives hold, all these devices will come bearing an organic light-emitting panel.

The plant is operational, and the report suggests that displays from E6 might also make it on this year's iPhones. In addition to announcing the E6 Plant, LG also announced its plans for a new facility in Guangzhou. This facility will be dedicated to producing OLED displays for 65-inch ultra-large televisions. LG will manufacture the displays using a Multi-Model Glass (MMG) process.

It's likely that the display panels shipped from the E6 plant to Apple's assembly facilities will be for the iPhone 11R's successor. The Cupertino tech giant should introduce Chip on Flex OLED displays on iPhone  11R's successor next year if our estimates are correct. The company is further rumored to remove Face ID partially next year, replacing it with on-screen fingerprint recognition. Of course, given that we've got more than a year before the 2020 iPhone lineup is official, we'd advise you hold any judgment that you make for the smartphones' features right now.

Next year's iPhones will also come with a big processor upgrade, with Apple expected to switch to the 5nm A14 SoC. This chip will improve transistor density and bring down costs over its predecessors.  Apple's A13, expected to make it on this year's iPhones, should be the first processor from the company fabricated using Extreme Ultraviolet Lithography (EUV).