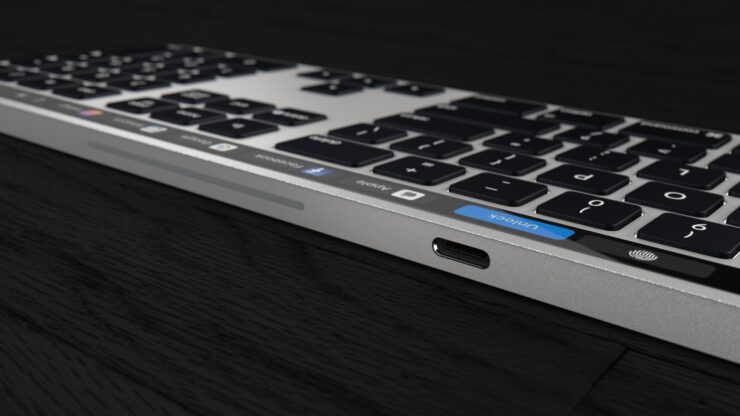 Right now the Touch Bar is exclusive to 2016 MacBook Pro. What if Apple slapped the newfound 'feature' to a Magic Keyboard and starts selling it? This would be the result of that idea.

It's pretty obvious at this point Apple would want to keep the Touch Bar exclusive to 2016 MacBook Pro lineup. Eventually though, it might make the jump onto another product at some point in the future. But what product would that be? I can't say at all. But I can say one thing - Apple's Magic Keyboard for the desktop sounds like an obvious choice for this feature. This is something which the company can pull off quite easily, provided they are willing to go down that route.

If they do go down that route though, this will probably be the fruit of that idea: 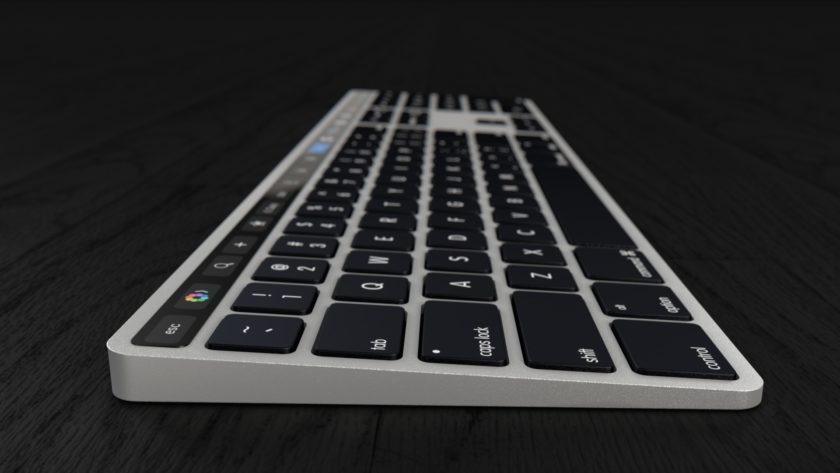 Created by Reddit user Hazza42, the concept render looks stunning in a lot of ways. And before someone draws a conclusion that the keyboard looks similar to a particular Logitech keyboard (the keys part only, of course) be assured that's not the case here. The keyboard instead takes plenty of inspiration from Apple's new 2016 MacBook Pro if you look closely. Spacing on the keys might be a little off, but nonetheless, it gives us a good glimpse at how Apple can surprise us in the future with such a product.

Interestingly, the designer went an extra mile to add a USB-C port behind the keyboard as well. I'm just assuming that port will be used to charge the keyboard, nothing more. But a nice touch to proceedings considering how Apple is adopting the port at a rapid pace these days.

Things are topped off with Space Grey color option, something which Apple has found new love for.

I for one would love to see this keyboard glimpse at the light of day. It's obvious Apple will not launch such a product as is. But given the potential this thing would have on a workspace, I bet a lot of people out there would pay top dollar just to get that Touch Bar feature without having to buy a whole new computer.

But there's one thing I sincerely hope doesn't make the cut - butterfly keys. The feature seems nice on a notebook level, but on a desktop? Please Apple, have mercy on us.