With every upgrade, Apple tends to make some changes with the design, be it big or small. Sometimes, the upgrade takes the form of better internals or the introduction of new technology. However, a complete design overhaul of a certain product does not happen all of a sudden. Apple has to make sure that users are done buying the current model until it releases a new one. It is now being stated that Apple is exploring the idea of a new design for the iPad with bigger displays.

Apple is Looking Into New iPad Designs With Even Bigger Displays Than the Current 12.9-Inch Models

In the first part of Bloomberg's Power On newsletter, Mark Gurman coins that Apple is working on exploring a new design for the iPad with bigger displays (via 9to5Mac). At this point in time, the biggest display on the iPad reaches 12.9-inches. While the new iPad design with bigger displays is 'couple of years down the road', the models currently rest in the exploratory phase. What this means is that the company could potentially scrap the plans altogether or give it a different perspective. 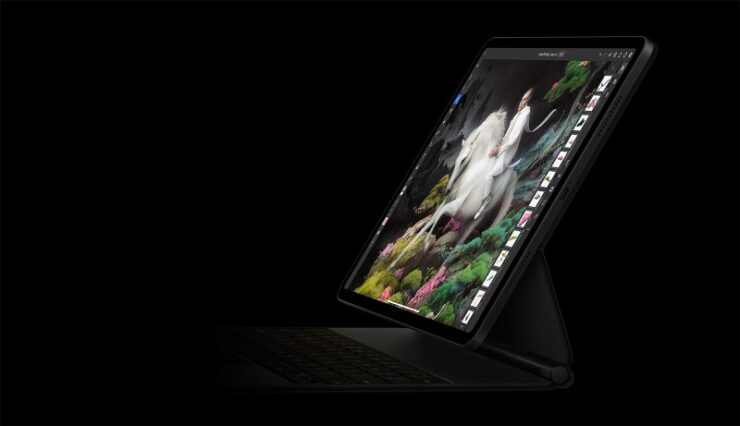 Mark Gurman anticipates that the iPad with a bigger display would further bridge the gap between an iPad and a MacBook. To bolster the notion, Apple is enhancing iPadOS with a plethora of new productivity features that would take better advantage of more screen real estate. The 2022 iPad Pro models with a glass back might also come with reverse wireless charging technology. This will allow you to charge your iPhone and AirPods on the go.

Apple's rumored iPad models with bigger displays are not expected to arrive anytime soon, so be sure to take the word with a grain of salt. Nonetheless, there will be several details pertaining to the iPad models in the future, so be sure to stick around. Do you want an iPad with an even bigger display size than the current 12.9-inch model? Let us know your preferences in the comments section below.