In less than two hours Apple will be making some new product announcements. The highlight of this event is definitely going to be iPad Mini. For quite some time now it has been expected of the fruit company to release this 7.85 inch mid-range tablet. A lot has been rumored about this device and just a little longer from now we shall have the moment of truth.

iPad Mini is not all that Apple is expected to announce at the media event. Recently there have been a lot of rumors regarding a tweaked iPad 3 and we shall see if Apple announces that. However today some Apple iPad 4 parts were leaked which hint at an improved display and FaceTime HD camera for the full fledged iPad that is going to be announced in March 2013. 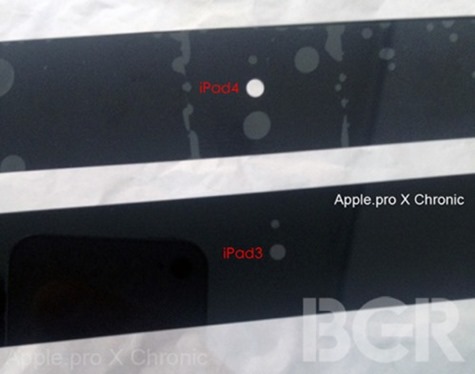 The image posted above clearly shows the difference between camera orifices of both the iPad 3 and what is expected to be Apple iPad 4. The one labeled iPad 4 is a clear cut indication that the front facing FaceTime camera on Apple's next generation iPad will be of a higher resolution. It is about time the FaceTime camera was bumped up to a resolution that befits the iPad's Retina Display. The report suggests that this camera is going to be similar to the 1.2 megapixel FaceTime camera on iPhone 5. 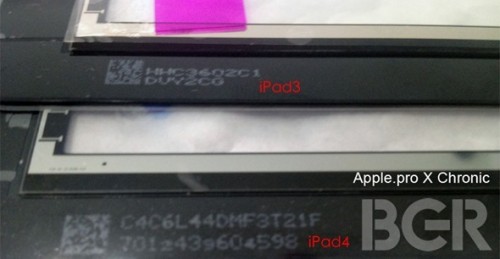 Another image of these alleged Apple iPad 4 leaked parts shows us the difference between displays of these two devices. The display on iPad 4 is said to be optically bonded. This would result in an enhanced viewing experience without compromising on the impressive 2048 x 1536 resolution, which has still not been upstaged by any other tablet in the market.

That being said, all eyes will be on Apple very soon as it will begin making announcements we have all been waiting for. We have heard that the iPad Mini could be priced above $300 for the base model. That being the case, should we expect a price bump for Apple iPad 4 when it is announced in March next year? Only time will tell.