Apple has always been one step ahead in technology revolutionizing mobile phones and then the tablets. Now that it has emerged as one of the top notch brand of today’s gadgets, Apple is planning something flabbergasting yet again. With the death of Steve Jobs it was thought that Apple will suffer a lot as they had lost the mind behind everything but luckily the ambition of Steve Jobs is still alive as directed in his biography and it’s time for Tim Cook to fulfill his abandoned dreams. The dream of transforming HDTVs. 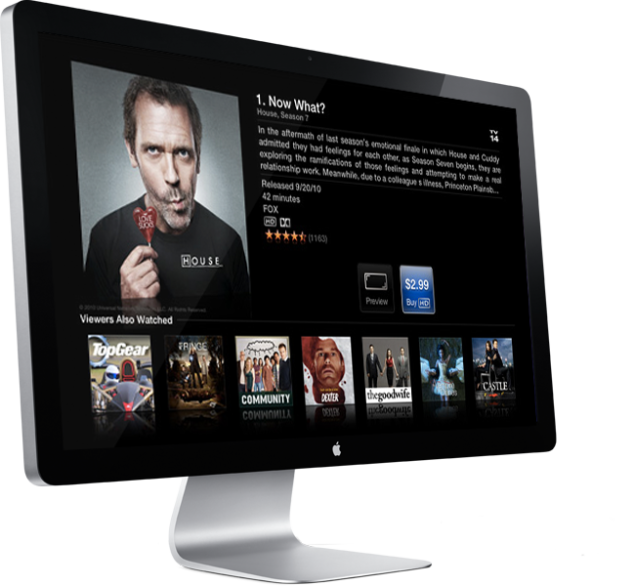 Steve Jobs wanted to bring something new in televisions as technology advances. Earlier there were reports of Apple designing and releasing an HDTV sometime in 2012 but it was merely a concept and nothing that could be trusted.

Now things have started to shape up. AppleInsider has reported that an analyst from global security and investment banking group Jefferies has cautioned the investors that Apple will be teaming up with Sharp for TFT-LCDs for its HDTV lineup. According to AppleInsider:

Jefferies analyst Peter Misek said in a note to investors this week that Apple is expected to partner with Sharp for TFT-LCD panels for its so-called "iTV." Production is expected to begin in February at the company’s Gen 10 Sakai facility in Osaka, Japan, placing the television set in position for a mid-2012 launch.

One thing is for sure that Apple is already in progress of making iTV but the point is when will we finally get an official verdict from Apple? Will it be mid 2012 as the report suggests or things can get postponed just like the iPhone 5? Stay tuned for further updates.