Tim Cook Fights for User Privacy, Finds No Support from Other Tech Leaders

This week has been a wild one for Apple fans, privacy activists, people advocating that security concerns trump privacy laws, and just about everyone else who reads the news. The Apple versus FBI battle began when a federal judge ruled that Apple has to assist the authorities in unlocking an iPhone 5c that belonged to a shooter in the recent San Bernardino attacks. The FBI says that there could be useful data on the smartphone that could help it in the ongoing investigation, and wants Apple to create a backdoor by rewriting iOS to make it possible to gain access to the user data. 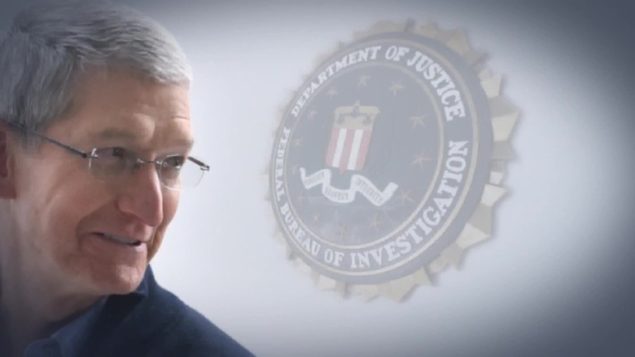 A latest report from the NYTimes reveals that "Apple had asked the F.B.I. to issue its application for the tool under seal. But the government made it public," likely to generate public sympathy for the FBI's position. Apple CEO Tim Cook then made his side of the story public by writing a very long open letter explaining why weakening encryption and building what FBI wants is too dangerous,

Specifically, the FBI wants us to make a new version of the iPhone operating system, circumventing several important security features, and install it on an iPhone recovered during the investigation. In the wrong hands, this software — which does not exist today — would have the potential to unlock any iPhone in someone’s physical possession.

[...] make no mistake: Building a version of iOS that bypasses security in this way would undeniably create a backdoor. And while the government may argue that its use would be limited to this case, there is no way to guarantee such control.

During this entire ordeal, there have been several supporters (read: Edward Snowden) and an equal number of people who think that giving FBI access to one single iPhone will somehow fix the terrorism issue (Donald Trump) and won't be a hard hit on user privacy and digital security at all. The problem is, whatever Apple does today or whichever civil rights, users give up today to help FBI potentially get a lead in the ongoing investigation, it will NOT end here. Even if somehow FBI assures everyone that this is a one time request, how will it ensure that terrorists and criminal hackers won't also use the same backdoor? Why does anyone think that several other countries, including some of the most repressive regimes, where Apple or other tech companies offer their products and services won't demand to do the same for them?

If the US government dictating iPhone encryption design sounds ok to you, ask yourself how you'll feel when China demands the same.

The debate between defeating user privacy and security by weakening encryption to keep up with the demands of law enforcement agencies, is one that has been going on for some years now and doesn't appear to be ending anytime soon. But, this will possibly be the biggest and hardest ever hit on user privacy and security as it undermines "decades of security advancements that protect our customers — including tens of millions of American citizens — from sophisticated hackers and cybercriminals," Cook said in his letter. Weakening encryption will only put user data and their privacy at risk, whether it's an American or a Chinese user using an iPhone or a Nexus.

The U.S. government wants us to trust that it won't misuse this power. But we can all imagine the myriad ways this new authority could be abused. - EFF

Industry's response to Apple's fight with the feds:

This is not the first time that law enforcement is using national security to get even more access to user data. The Department of Justice (DoJ) had previously demanded for warrantless access to a suspect's phone. While the FBI is not a new name in this game of 'give us all the access,' what is more disappointing is that not many big names of the tech world have come forward to support Apple. Users have filed petitions, activists and the civil society have written support letters, but there is no statement from the likes of Mark Zuckerberg or Eric Shimidt and others. Among the statements from Donald Trump and his friends at the Homeland Security, why is Cook lacking this kind of support from his peers? After Snowden openly called on Google on its silence, Sundar Pichai had a few things to say on the matter.

This is the most important tech case in a decade. Silence means @google picked a side, but it's not the public's. https://t.co/mi5irJcr25

Here is what Pichai had to say about the issue:

But that’s wholly different than requiring companies to enable hacking of customer devices & data. Could be a troubling precedent

The problem? The subtle tone that is not even sure about supporting users' right to privacy. First, Pichai starts by saying that the FBI's demands of creating a backdoor "could compromise users’ privacy?" Could? It will definitely compromise users' privacy. Then he proceeds to say that he is looking forward to an open discussion. At a time when Google could have earned some extra PR points, Pichai holds his position back by restricting himself to be another watcher and not an active participant.

Google is the biggest rival of Apple - we know that. But this is not about a tech company and its competitors, this is not about an Apple fan and his fight with an Android fan. This is way too personal than fighting over numbers or the size of the smartphones; this is about users' right to data and privacy. Instead of taking a clear and vocal stand with something like "Google stands with Apple against the government," Pichai is pursuing a laissez-faire policy on this battle.

By saying that Apple giving in to the government's demand will be a "troubling precedent" for others, it is clear that Google is simply interested to see which route this battle takes and how Google will need to respond when a similar request comes its way in the future. But as they say, at least Google did say something even if it felt like Pichai did that half-heartedly at the request of Android users who had been asking for his opinion. Other tech leaders are still weighing which side of the fence will be more favorable for them in the future.

It should be noted that some did take a clear and vocal stand against government's demands to weaken encryption. Among this group is Mozilla (one of the early supporters), WhatsApp, Twitter, and Facebook.

We condemn terrorism and have total solidarity with victims of terror. Those who seek to praise, promote, or plan terrorist acts have no place on our services. We also appreciate the difficult and essential work of law enforcement to keep people safe. When we receive lawful requests from these authorities we comply. However, we will continue to fight aggressively against requirements for companies to weaken the security of their systems. These demands would create a chilling precedent and obstruct companies’ efforts to secure their products. - Facebook

While Facebook published a routine press release with a lack of response from Zuckerberg himself, who otherwise routinely posts on the social media site, Twitter's CEO Jack Dorsey made a clear statement of being with Cook:

We stand with @tim_cook and Apple (and thank him for his leadership)! https://t.co/XrnGC9seZ4

I have always admired Tim Cook for his stance on privacy and Apple's efforts to protect user data and couldn't agree more with everything said in their Customer Letter today. We must not allow this dangerous precedent to be set. Today our freedom and our liberty is at stake.

Apple is given until February 26 to prepare its response to the court order. As Apple stands by its plans of strengthening not weakening encryption, let's hope others join Apple in this battle too, which if lost will ultimately put personal safety at risk. Since this issue has become a political one where the law enforcement is using public opinion to gain sympathy, it is crucial that both the public and the high-profile names of the world's major tech companies start supporting Apple's stand on encryption.