In its fight with the FBI, Apple may not have the expected public support, a new report published by the Pew Research Center claims. On the other hand, a former NSA and CIA chief is saying that Apple is right on the bigger issue of encryption. 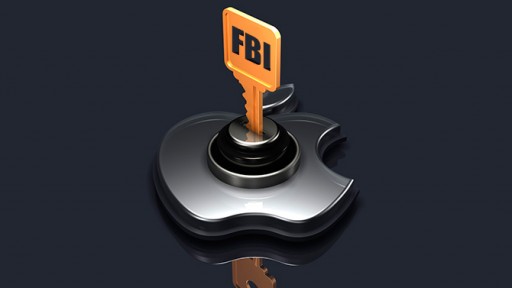 The latest in the Apple FBI ongoing battle:

The survey conducted by the Pew Research Center reached to 1,002 adults by phone over the weekend. Pew's researchers have now published the results revealing that only 38 percent of the respondents have sided with Apple. 51 percent of Americans believe that Apple should comply with the FBI demands to weaken the encryption on its iOS devices to help law enforcement agency in its ongoing investigation of the  San Bernardino attacks. 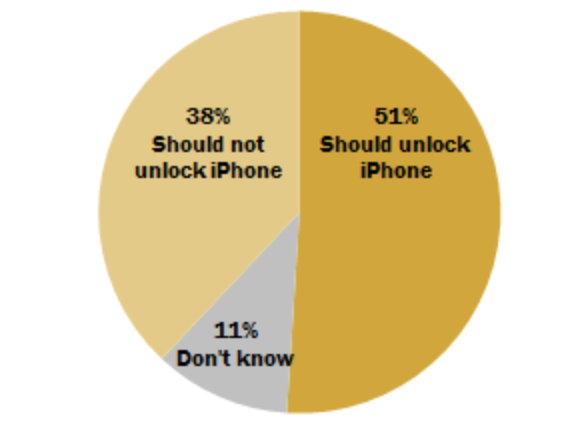 The survey has shared results in several different categories, by respondents' political leaning and the smartphone they own. However, the FBI seems to be winning the public opinion in every classification, at least when Pew's sample size of 1,000 Americans is considered.

[...] almost identical shares of Republicans (56%) and Democrats (55%) say that Apple should unlock the San Bernardino suspect’s iPhone to aid the FBI’s ongoing investigation. By contrast, independents are divided: 45% say Apple should unlock the iPhone, while about as many (42%) say they should not unlock the phone to ensure the security of their other users’ information.

As reported last week, both the sides are using public to strengthen their case. While the FBI is focusing on the "national security" and "fighting the terrorism" keywords, Apple's Tim Cook is representing its company's stance by emphasizing how this will impact user privacy in the long term. 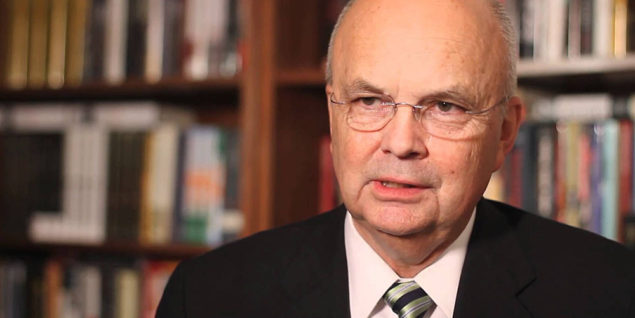 In this fight for public opinion, both the sides have also attracted some big names supporting or opposing them. Earlier, we reported that WhatsApp, Facebook, Mozilla, Google, and other tech giants have come forward to support Apple.

Before Pew's survey came out, Apple received some major support from an unlikely name: Retired General Michael Hayden, the only person to have ever headed both the NSA and CIA. Speaking to USA Today, Hayden said,

In this specific case, I’m trending toward the government, but I’ve got to tell you in general I oppose the government’s effort, personified by FBI Director Jim Comey. Jim would like a back door available to American law enforcement in all devices globally. And, frankly, I think on balance that actually harms American safety and security, even though it might make Jim’s job a bit easier in some specific circumstances.

Remember, Hayden supports the NSA's controversial mass surveillance program and pities "the American president who thinks he can be lenient on Mr. Snowden." But, he thinks backdoors are never a good idea, and only make the job easier for the FBI:

"Look, I used to run the NSA, OK?" Hayden told USA TODAY's weekly video newsmaker series. "Back doors are good. Please, please, Lord, put back doors in, because I and a whole bunch of other talented security services around the world — even though that back door was not intended for me — that back door will make it easier for me to do what I want to do, which is to penetrate. ...

"But when you step back and look at the whole question of American security and safety writ large, we are a safer, more secure nation without back doors," he says. With them, "a lot of other people would take advantage of it."

You can read Hayden's interview and statement at USA Today; Pew's survey can be accessed here.