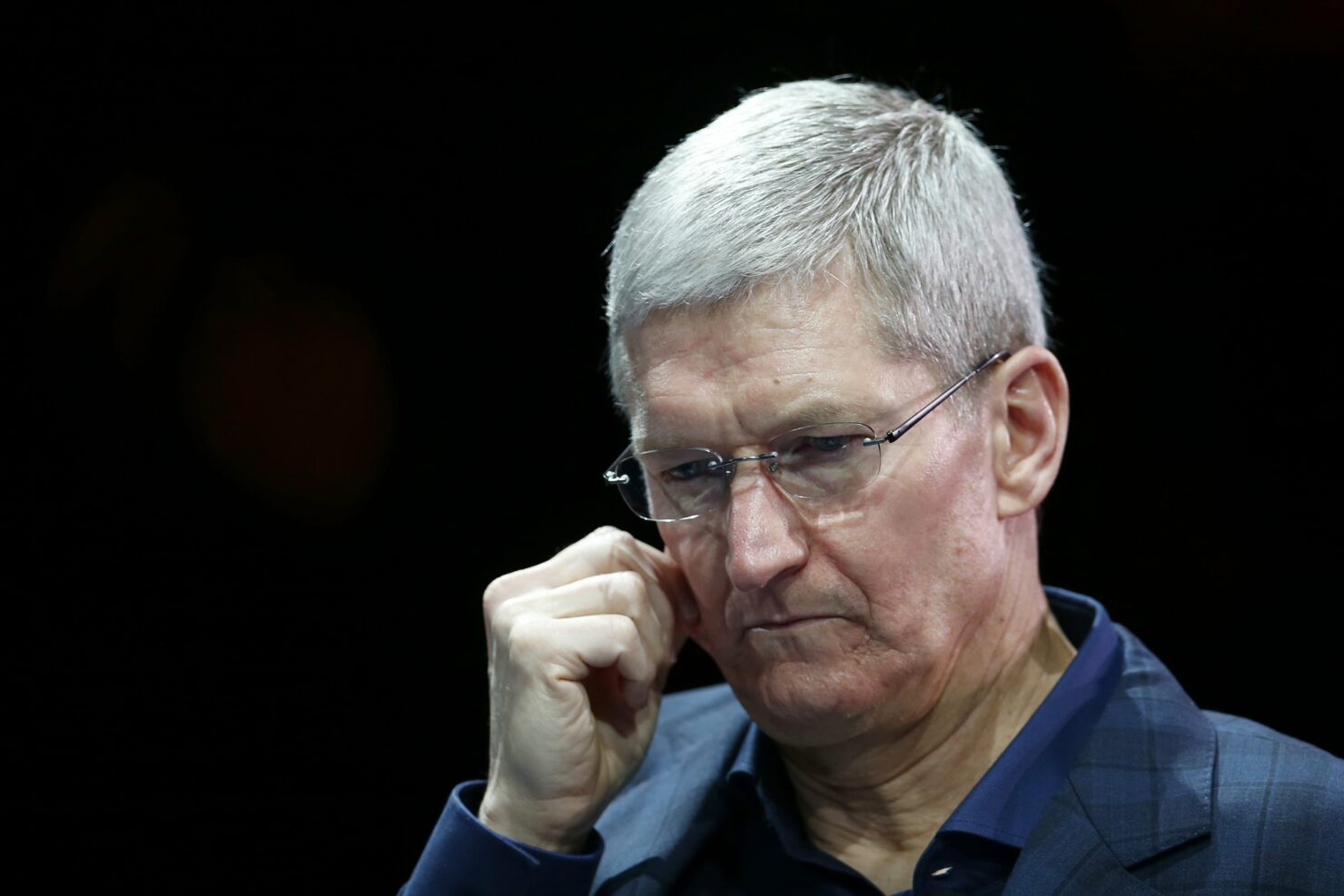 The regulatory filing revealed that Apple said its annual sales of $215.6 billion were 3.7% below its target of $223.6 billion. "Our 2016 performance with respect to net sales and operating income was 7.7% and 15.7% below our record-breaking 2015 levels; however, the 2016 payouts to our named executive officers were significantly less than the annual cash incentive payouts for 2015, reflecting strong pay-for-performance alignment," the filing said.

Tim Cook and other execs receive a pay cut

Cook isn't the only top executive receiving a pay cut, as several other top leaders also received less compensation in 2016 as compared to 2015. However, Cook at 15% received the largest cut in percentage terms because cash incentives make a larger percentage of his compensation. Other executives saw an average of 9.6% year-on-year reduction in annual targeted incentives thanks to declining revenue.

Cook had opted to receive a larger percentage of his compensation in stock awards that are closely tied to the company’s financial performance. As a result, he had received his largest stock award for remaining company CEO for five years, earning a $100 million last year. While his salary rose to $3 million from $2 million in 2015, his cash bonus took a hit. Instead of the maximum incentives like earlier years, Apple only awarded Cook and other executives 89.5% of their target. This resulted in Cook's cash bonus falling to $5.4 million in 2016, down from $8 million the year before.

Apple and other phone makers continue to struggle as smartphone innovation has appeared to stall and many mature markets have reached 80% or higher smartphone penetration. Sales of iPhones, as a result, also declined in the last three quarters. Apple said it sold 45.5 million iPhones in its fiscal fourth quarter, which is 2.5 million fewer than 2015. The iPhone accounts for 63% of Apple's annual revenue, however, the sales continue to decline as consumer buying habits are changing.

The company will report its quarterly numbers on January 31, which will show if it managed to benefit from Samsung's Note 7 fiasco. Apple has also confirmed the date of its next shareholder’s meeting on February 28.