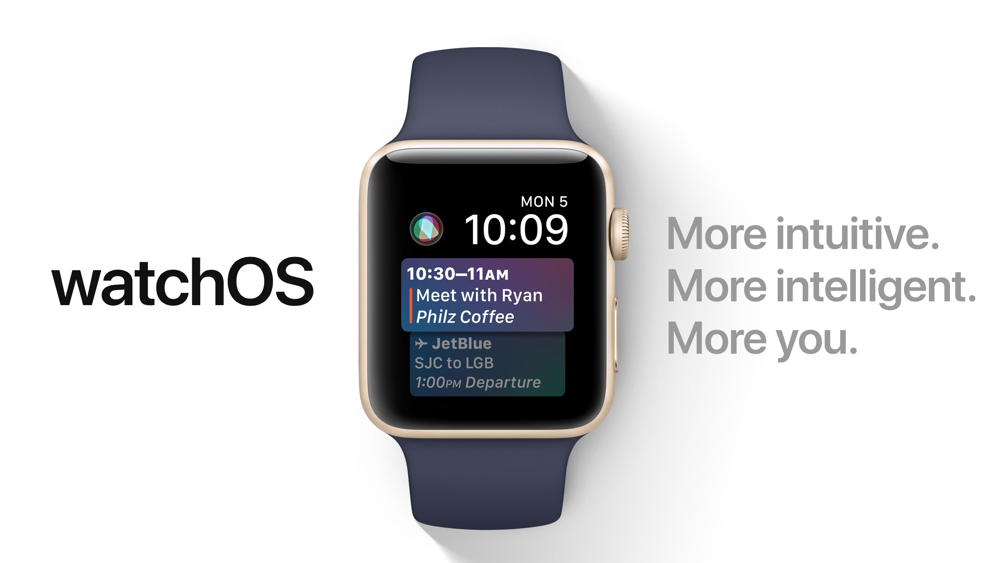 Apple's WWDC 2017 event is underway and the company has announced a bevy of upgrades in various departments. The first update that the Cupertino giant announced was tvOS with Amazon coming to the Apple TV. In addition to this, the company's Prime Video will also be part of Apple's set top box. Then comes watchOS 4, Apple's major firmware update for the Apple Watch. So let's dive in to see some more details on what's to come. Here's everything detailed on the keynote.

The first thing narrows down to a new watch face - the Siri watchOS. The watch face is now smarter with machine learning capabilities that displays information relevant to your taste. Raising your wrist would show detailed information on a specific subject based on your habits.

The Siri face is designed intelligently and appears in a table-stack view. Moreover, it gets smarter with time. The Siri face also shows time sensitive content first and the remaining later. New stories will be suggested and you can also set it to read later.

Other watch faces include more characters from the Toy Story as three new characters have joined Micky and Minnie. Needless to say, Woody, Buzz and Jessie looks quite fun as the new watch faces.

The activity app has been upgraded as well. There are new monthly challenges added, for instance if you want to do more than what is available to you. In addition to this, there are other, easier Quick Start features with "auto sets" in the pool workout mode.

Apart from this, the Activity app also adds some custom heart rate algorithms for high-intensity interval training. You have the ability to do multiple workouts in a  single session as well. Moreover, more activity rings have been added with new celebrations as goals are completed.

For those of you working out indoors, they end up with contrasting data sets on the Apple Watch as well as the gym equipment. This means that there will be two way data transfer. Furthermore, gym equipment manufacturers will be supporting this in the future as well.

watchOS 4 also adds a new Music app. Intuitive controls involving the Digital Crown has been added as well. The big thing here includes the automatic, reliable syncing in the background. Moreover, the Music app will also display album arts in a beautiful manner. The Music app also starts automatically with a workout and there are several other options that you can control like swiping left during the workout to control your music.

One update that is worth mentioning is support for Core Bluetooth in the watchOS 4 firmware. This is good for glucose monitors and many other devices. That's all there is to it at this point in time. The Developer Preview is available today and the Final update will arrive this Fall. So do keep a look out for it.

One thing to keep in mind is that the software demos are quite discrete and often do not add all the newly arrived features. This is highly likely when the software is in the preview stage. More information will be detailed so do keep a look out.

This is it for now, folks. What are your thoughts on the new watchOS 4 update announced at WWDC 2017? Do you think there will be more hidden features in the platform? Share your views in the comments.

You may want to check out the following: