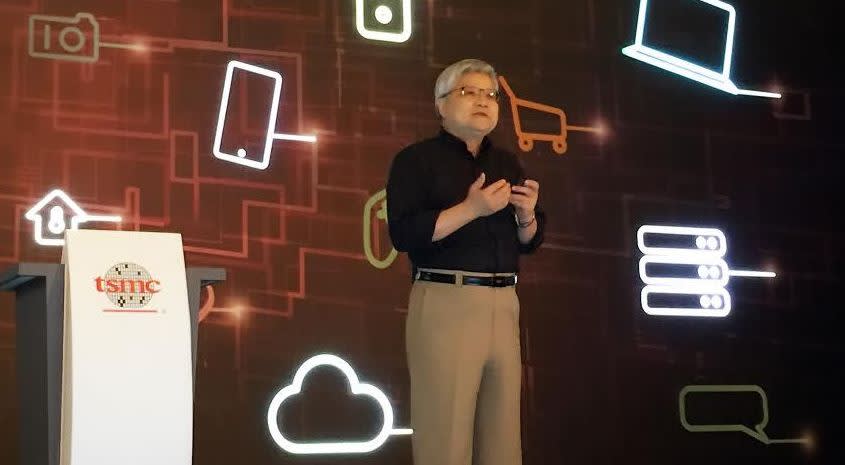 It's a big day for processors folks. TSMC has officially commented 7nm production for GPUs and mobile processors. The fab's CEO, CC Wei spoke at its technology Synopsium held in Taiwan. Wei outlined details for the node and which products it will be used in. The process will also mark a strong lead for TSMC over Samsung, which outlined details for its 7nm EUV only yesterday.

In fact, as reported earlier as well, Qualcomm just might shift to TSMC for the first generation of 7nm processors. While Samsung claims to enter mass production for 7nm on EUV next year, TSMC's already branding its first generation die reduction from 10nm as 7nm and looks like Qualcomm cares about market appearances more than anything else. However, all this still doesn't make up for the big news of the day.

Apple's A12 For The 2018 iPhone 9, iPhone X(s) and iPhone X(s) Plus Will Be Manufactured On TSMC's 7nm Node As Chips For All Three iPhones Enter Mass Production

Yes, you read that right. Apple will make another massive jump in mobile processors this year, leaving a lot of folks at Qualcomm short-winded, to say the least. The company will jump another consecutive node this year, with the A12 to be based on TSMC's 7nm node. In comparison, Android's best, the Snapdragon 845 is still based on 10nm, even though it's based on Samsung's 2nd generation LPP (Low Power Plus) FinFET.

TSMC's 7FF, on which the A12 will allegedly be based, is roughly equivalent to Samsung's 8nm LPP as both of these are the last of conventional lithography-based products from the fabs. TSMC's CEO, CC Wei confirmed that the company has entered mass production for 7nm. TSMC announced volume production for the 7FF node last month and the fab will now ramp up production.

This ramp will boost TSMC's overall production capacity by 9% over last year as it will now produce 12 million, 12-inch equivalent wafers. TSMC will also tape out more than 50 chip designs for the 7FF, with applications ranging from processors to ASICs and 5G. 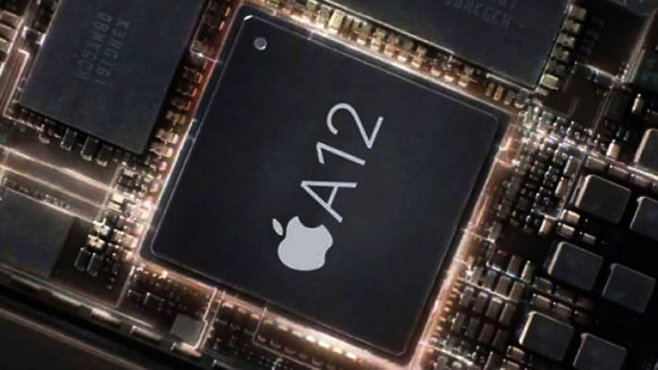 Apple's 7nm orders for the 2018 iPhone lineup's A12 processors will be a major driver of TSMC's aforementioned growth. According to Digitimes' sources, the processor will use TSMC's first generation 7nm node. Therefore, since TSMC's has ramped up production for the 7FF, it's also reasonable to expect that Apple's A12 has also entered mass production.

Compared to 10nm, TSMC's 7nm FinFET features a 20% speed improvement, 40% power reduction, 37% area reduction and 1.6 times the logic density. Keeping in mind the demand for ASICs, TSMC has launched two separate FinFET tracks this year, one for mobile and the other for performance-intensive computing.

TSMC's 7FF+, which is the first manufacturing process from the company to utilize EUV will enter tape out in the second half of this year, according to Wei. While there's a lot of hype around 7FF+, particularly due to EUV's dramatic decrease in wavelength (13.5nm from 193nm), the gains aren't that stark. 7FF+, based on TSMC's N7+ node will provide 10% power efficiency and 20% density increase over the 7FF. This, as you can see, puts Apple in a rut.

If the rumor mill is accurate once again, then this year's iPhones will represent only an incremental upgrade over their predecessors. However, the A12 will provide Apple with plenty of leeway to chose either from an increase in IPC or compute or a decrease in power consumption. Whichever it chooses, the upgrade will be dramatic. But, when Apple launches next year's iPhones, it will have to rely on 7FF+, whose gains won't impress for the first new generation of iPhone design after last year's significant overhaul with the iPhone X.