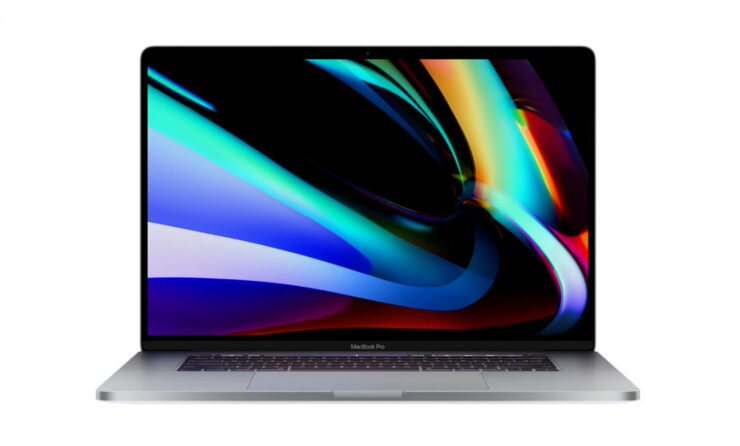 When the 16-inch MacBook Pro became official, Apple only allowed users to configure their new machines with an AMD Radeon Pro 5300M or a Radeon Pro 5500M. Now, you have the option to upgrade it to a Radeon Pro 5600M, resulting in improved graphics performance across various applications.

Visiting Apple’s 16-inch MacBook Pro’s configurator page, you can visibly see that the company has now added an option for a Radeon Pro 5600M with 8GB of HBM2 memory. Unfortunately, selecting this option means that users will need to pay $800 to jump from the base configuration to the upgraded graphics. For those that require that much graphical horsepower, the Radeon Pro 5600M is a great option and puts the 16-inch MacBook Pro on par with other beefy Windows 10 machines, like the Dell G5 SE.

Unfortunately, gaming will still be limited for users even though there’s a GPU bump. For starters, the Radeon Pro 5600M won’t be able to push out as many frames on this 16-inch MacBook Pro’s native resolution, which is 3072 by 1920 pixels. However, you still have those four Thunderbolt 3 ports to connect an external GPU and if you wish, other peripherals. 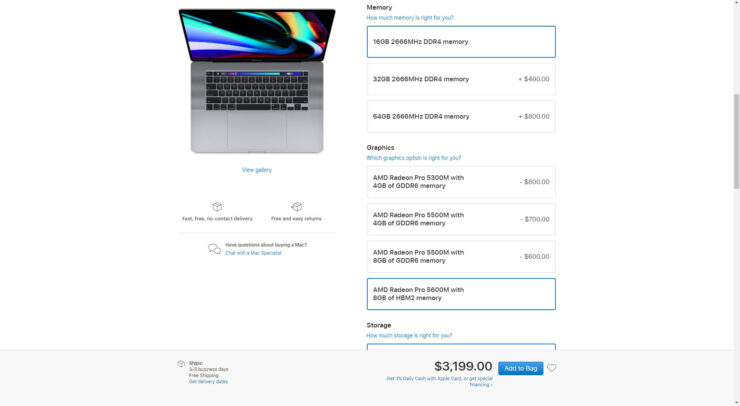 Other specifications of the 16-inch MacBook Pro remain the same. Should you choose the base configuration along with the Radeon Pro 5600M graphics, you’ll get a 6-core Core i7 processor, coupled with 16GB of DDR4 RAM, along with 512GB of PCIe NVMe SSD. There’s also the Touch Bar and Touch ID features, coupled with the new scissor switch keyboard that’s more durable than the butterfly keyboard mechanism which was present on previous-generation models.

With the Radeon Pro 5600M paired with the 16-inch MacBook Pro’s base configuration, you get a total of $3,199, which is a steep premium to pay if you want to have the very best graphics option running in Apple’s portable Mac.