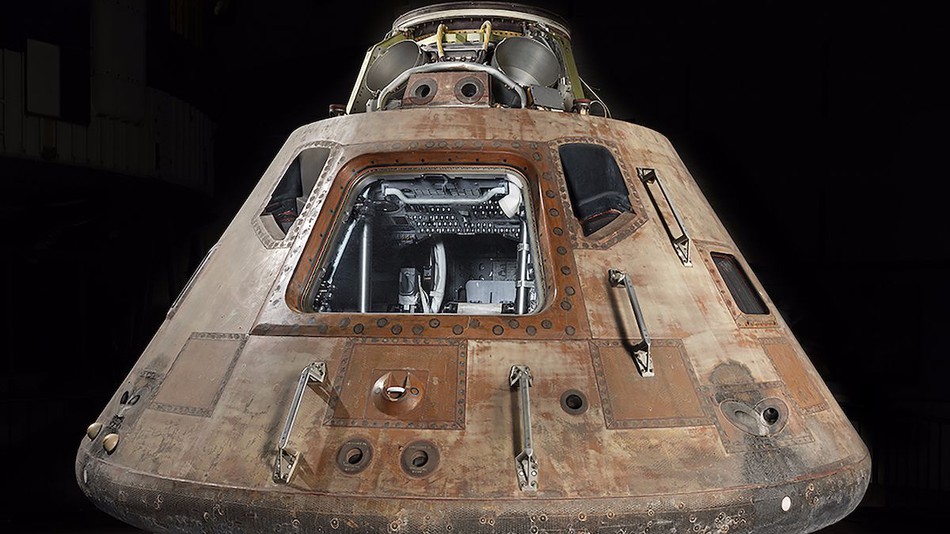 Space nerds, rejoice because your dreams are about to come true. Well, I am just exaggerating, just one dream is about to come true. It seems that the Apollo 11 command module is about to leave the Smithsonian for the first in nearly 40 years and go on a nationwide tour. The capsule referred to as the ‘Columbia’ is famous for travelling 950,000 miles when it took Americans to the moon and back in 1969. The capsule has since then, never left its position at the Smithsonian in Washington.

It was announced on Wednesday that the capsule will visit different museums in Houston, St. Louis, Pittsburgh and Seattle as part of the ‘Destination Moon: The Apollo 11 Mission’ exhibit. Another reason why this tour is taking place is because the Smithsonian is currently in the process of renovating its National Air and Space Museum. However, the exhibit will is not scheduled to open till 2020. According to Allan Needell, the curator at the Smithsonian space history department said that they just don’t want to store the capsule till then and instead decided, “while we're preparing for its new home we could share it with other venues and have some broader access to it."

The tour is developed by the SITES - Smithsonian Institution Traveling Exhibition Service. It will include the ‘Columbia’ as well as more than 20 other objects. The best part of the tour will be an interactive 3D tour of the module that will provide visitors a view inside the Columbia. This no doubt is pretty exciting but the only down side to this is that it will only be featured in four museums. The capsule has done a 50 state tour in 1970 and 1971 and we are excited that we will get to see it touring once more.

The capsule is scheduled to begin tour in October this year in Houston. It will spend about 5 months at each location it is scheduled to go and the tour will end in Seattle where it will be for the 50th anniversary of the Apollo’s historic moon landing. Other places that the Columbia will be visiting include Space Center Houston from 14th October 2017 – 18th March 2018, Saint Louis Science Center from 14th April – 3rd September 2018, Senator John Heinz History Center in Pittsburgh from 29th September 2018 – 18th February 2019 and The Museum of Flight in Seattle from 16th March – 2nd September 2019.

Drive a Tank on the Moon in World of Tanks for Xbox 360, Lunar Mode