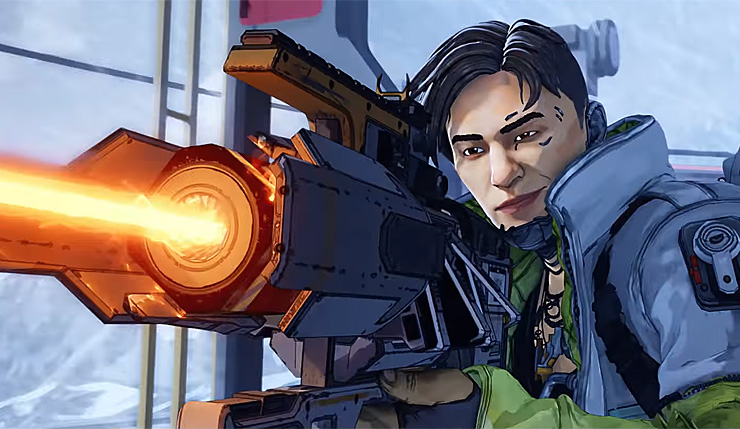 Apex Legends Season 3, entitled “Meltdown,” drops next week and EA and Respawn have released a new launch trailer for the update. The trailer kicks off with some fun interplay between the existing Legends and newcomer Crypto, but the real surprise is that the trailer teases an all-new map. Yup, there’s been hints for a while now, but now it’s confirmed – Apex Legends won’t just be tweaking its existing map repeatedly like Fortnite. It's going to have more than one. Check out the trailer, below.

So, as you can see, the new map will have a fire-and-ice theme. The official Apex Legends Twitter account has confirmed the map will be called World’s Edge.

Join our cast of Legends – including the newest Legend, Crypto – on the dropship as they’re whisked from Planet Solace towards World’s Edge on Planet Talos. pic.twitter.com/vp7UzVrXaC

Here’s a nice little overhead view of the map from the trailer (click on the image for full resolution).

In addition to the snow and ice, it appears as if World’s Edge will also feature a train, that will likely be loaded down with loot. There are also a couple small city areas, and some sort of large tower or machine surrounded by ice. The lava looks to mostly be confined to the northwest corner of the map, in a Mordor-like area surrounded by tall rock spires. This definitely looks like a unique battleground!

Haven’t been keeping up with Apex Legends? In addition to the new World’s Edge map, here’s what’s included in Season 3:

Cool, calm, collected, new Legend Crypto deploys specialized surveillance drones to stay in the fight and out of the spotlight.

Carve your way across the Arena with this obliterating directed-energy weapon.

Show off your skills in the new series of Ranked mode. Drop in hot and put your enemies on ice!

Apex Legends is available on PC, Xbox One, and PS4. Season 3 kicks off on October 1. What do you think? Excited to try out the new map?