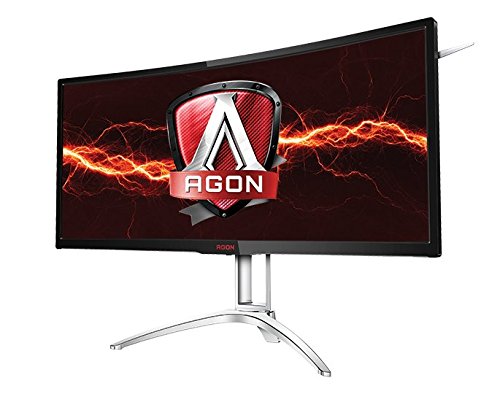 AOC's Agon AG493UCX is a large 49" monitor offering a frame rate of 120 Hz allowing this to be used as a primary gaming monitor. The resolution is an impressive 5120 x 1440 pixels, which is higher than some other 49" monitors. One primary example being Samsung's CHG90, which offers a resolution of just 3840 x 1080.

The AG493UCX is a huge 32:9 panel, offering a lot of screen real estate, which allows for more detail and more items to be shown at one time, increasing productivity while also increasing the load this screen puts on your graphics card. Some fantastic features that the AG493UCX offers are a typical contrast of 3000:1, a maximum brightness of 550 nits, and color reproduction of 121% for sRGB and 93% in the DCI-P3 space.

The AG493UCX has AMD FreeSync, which stops any screen tearing, keeping your games looking fabulous. This monitor does have a built-in KVM-switch and Picture-by-Picture which makes sure that your peripherals work on both monitors with little to no issue. 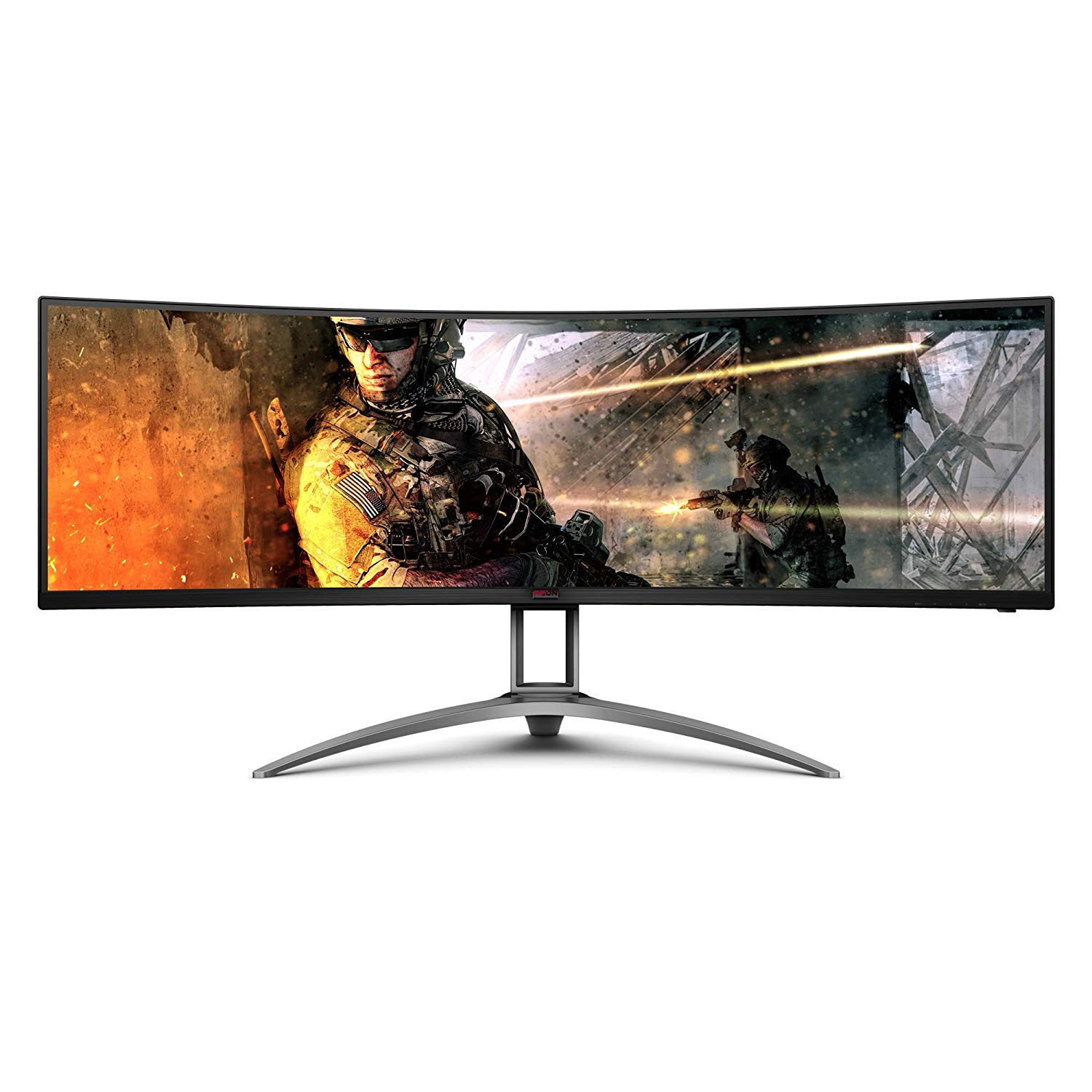 While the Agon AG493UCX is currently unavailable on Amazon.com, the Agon AG352UCG6 is also another fantastic monitor. Fortunately, the AG352UCG6 is in stock and still classified as an ultra-wide. This monitor also features a refresh rate of 120 Hz, which supports NVIDIA's G-SYNC, allowing for less screen tearing on NVIDIA's GPUs. The AG352UCG6 has a 4-year zero dead pixel guarantee, which makes sure that no dead pixels will ruin this fantastic monitor within those four years.

The AG352UCG6 is a 35" curved gaming monitor with a harsher 1800R curve allowing for much more immersion overall, the UWQHD 3440 x 1440 resolution also makes this monitor amazing overall. The AG352UCG6 IO is amazing having DisplayPort 1.2 Port, HDMI 1.4 Port, 2 x USB 3.0 hubs with one USB 3.0 Port that offers Fast Charging. The four millisecond GTG response time, which makes sure that no smearing or ghosting left on this monitor.

AG352UCG6 has AOC's Shadow Control offers the best visibility in dark areas on the screen, which allows you to see everything on the screen. The AG352UCG6 provides three levels to adjust the dark portions on the screen. AOC's Agon AG352UCG6 is currently on sale at Amazon at $699.99.