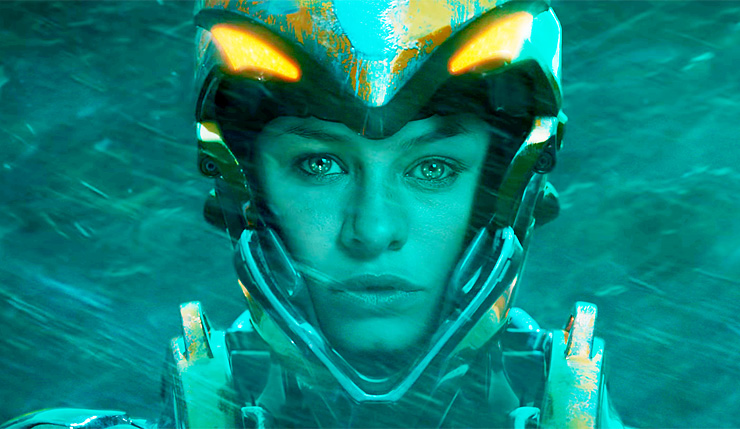 Recently reports emerged that EA would soon be deciding the fate of BioWare's beleaguered live service action-RPG Anthem, and today the verdict was delivered – the “Anthem Next” project is officially cancelled. BioWare announced their intentions to “reinvent” Anthem back in early 2020 and we’ve received a few scattered progress updates since then, but it didn’t really seem like much headway was being made. In their cancellation announcement, BioWare partially blames COVID-19 for stymying their attempts to save Anthem, and says they’ll be laser-focused on Dragon Age and Mass Effect going forward. You can read the statement from BioWare executive producer Christian Dailey, below.

In the spirit of transparency and closure we wanted to share that we’ve made the difficult decision to stop our new development work on Anthem (aka Anthem NEXT). We will, however, continue to keep the Anthem live service running as it exists today. Since Anthem’s launch, the team has been working hard to continually improve the game, releasing multiple updates that brought with them a variety of improvements and introduced new content to play. Towards the end of 2019 we expanded on that effort and started working on a more fundamental restructure of the game.

2020 was a year unlike any other however and while we continue to make progress against all our game projects at BioWare, working from home during the pandemic has had an impact on our productivity and not everything we had planned as a studio before COVID-19 can be accomplished without putting undue stress on our teams.

I know this will be disappointing to the community of Anthem players who have been excited to see the improvements we’ve been working on. It’s also disappointing for the team who were doing brilliant work. And for me personally, Anthem is what brought me to BioWare, and the last two years have been some of the most challenging and rewarding experiences of my career.

Game development is hard. Decisions like these are not easy. Moving forward, we need to laser focus our efforts as a studio and strengthen the next Dragon Age, and Mass Effect titles while continuing to provide quality updates to Star Wars: The Old Republic. To the Anthem community, thank you for your passion and creativity. Your feedback and suggestions most certainly help shape the team’s direction, and on a personal note, your kindness and encouragement were much needed last year.

Anthem certainly had promise – An RPG where you essentially play as Iron Man is a good idea! – but it’s probably for the best that they’re washing their hands. Sometimes when you make a mistake, it’s best to just learn your lesson, and move on. According to Bloomberg's Jason Schreier, who broke the original story about Anthem's possible cancellation, the devs who were still working on the game will be moving onto Dragon Age 4...

A small team had been working on this new iteration of the multiplayer game since 2019, but they were informed today that they'll be moving to Dragon Age 4. EA held a review of the game's progress earlier this month, as Bloomberg previously reported https://t.co/eQmTq2oEjZ

Anthem is available now on PC, Xbox One, and PS4. As BioWare mentions, the game will continue to be playable even though further development has ceased.