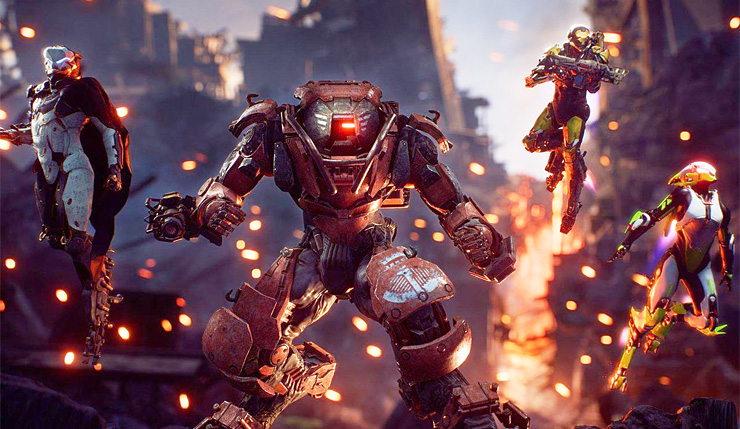 Anthem doesn't support ray-tracing officially, but it's still possible to see how great the game would look with it thanks to path-tracing and ReShade.

A new video shared by MasterGames TV shows how great Anthem looks with ray-tracing. Sadly, we don't know anything about the ReShade settings used or the specs of the used PC, so this may be hard to replicate.

Anthem has been updated last week with the long-awaited Cataclysm event as well as with new features and more.

New Story Missions – Track Dr. Harken and unravel the mystery of the Cataclysm. Available to all players who have completed the “Incursion” mission in the main storyline.

Cataclysm – Battle Vara Brom and her forces in a dangerous new game mode that evolves over time. Teamwork is heavily encouraged as you battle against the dangerous environment and time itself, unlock secrets, and master the Cataclysm to earn all new rewards and rank up the leaderboard. The Cataclysm is available on the Start of Expedition screen for all players who have completed the “Incursion” mission.

Guild App – The Anthem guild app is now available for download. Create, join, and chat with guild members in-app. View your guild from the game to squad up and explore the world of Anthem together.

Anthem is now available on PC, PlayStation 4 and Xbox One.