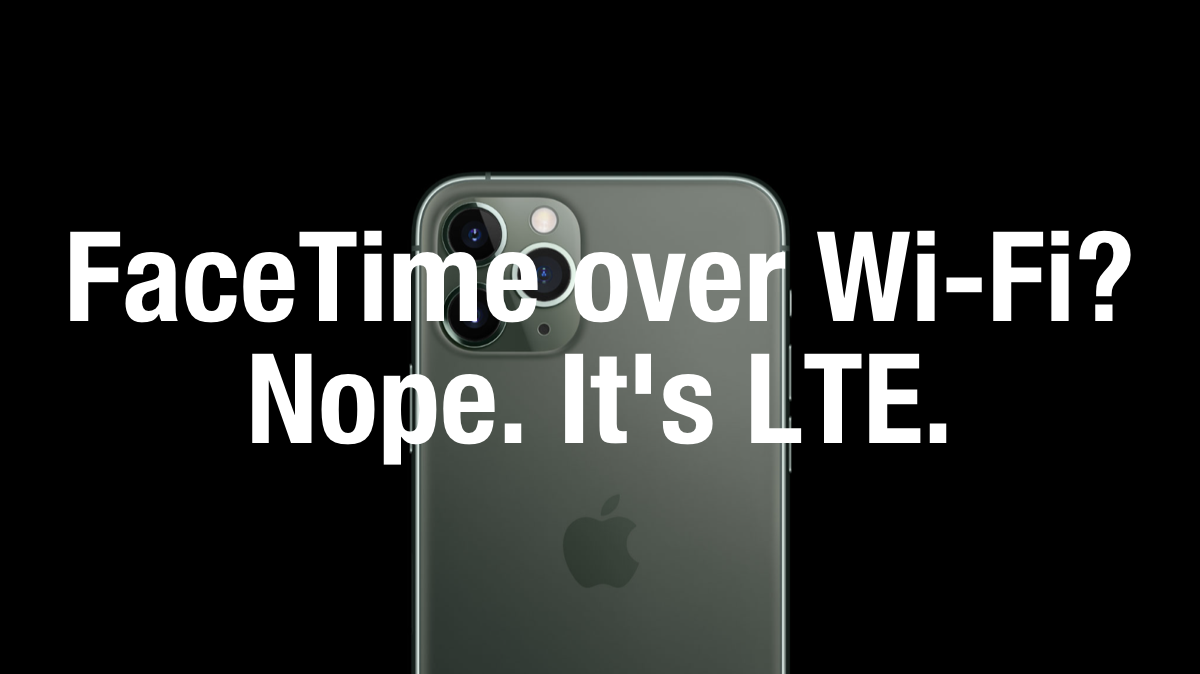 Is your iPhone 11, iPhone 11 Pro disconnecting from Wi-Fi and switching over to LTE during a FaceTime call? You're not alone, at all.

iOS 13 Bug, Which Remains Unpatched to this Day, Disconnects iPhone 11 from Wi-Fi During FaceTime Call and Switches Over to LTE

Ever since I upgraded to the iPhone 11 Pro Max, I noticed an interesting little bug whenever a FaceTime call came in or if I was making one. Whenever the call connected, I noticed that my iPhone disconnected itself from Wi-Fi and switched over to LTE. When I ended the call, Wi-Fi would just connect again on its own. I tried restarting my iPhone, installing iOS 13 from scratch and made sure I didn't restore from a backup after installing iOS 13, but nope, nothing helps.

Then I started searching around the web to see if anyone else had similar issues, and what do you know, this is something very real and affects a lot of users out there. So the big question is, why hasn't Apple patched it so far? And interestingly, this bug has been around since the iOS 13 / iPadOS beta days, meaning Apple hasn't gotten around to patching it even with the latest release, which is iOS 13.3 and iPadOS 13.3. So basically, it's not even limited to the iPhone 11 or iPhone 11 Pro.

The only way to avoid this problem is by disabling cellular data completely from Control Center, connect to Wi-Fi then initiate a FaceTime call. It works just fine that way. But, if by chance cellular data is up and running in the background, then it's a gamble whether your phone will initiate the call using Wi-Fi or LTE at that moment.

It gets even weird when you start to dig deep. Users with iOS 12.4 installed have also reported this issue running on an older iPhone and iPad. This just goes on to show the kind of quality Apple is delivering on the software front these days, which is abysmal at best in certain corners, and FaceTime is one of them.

Long story short, this issue is real and affects real people out there. Those with extremely limited data allowance are going to end up losing all their precious gigabytes to a bug which has been known for more than half an year and Apple hasn't done anything about it? Sounds like a terrible oversight, nothing else.