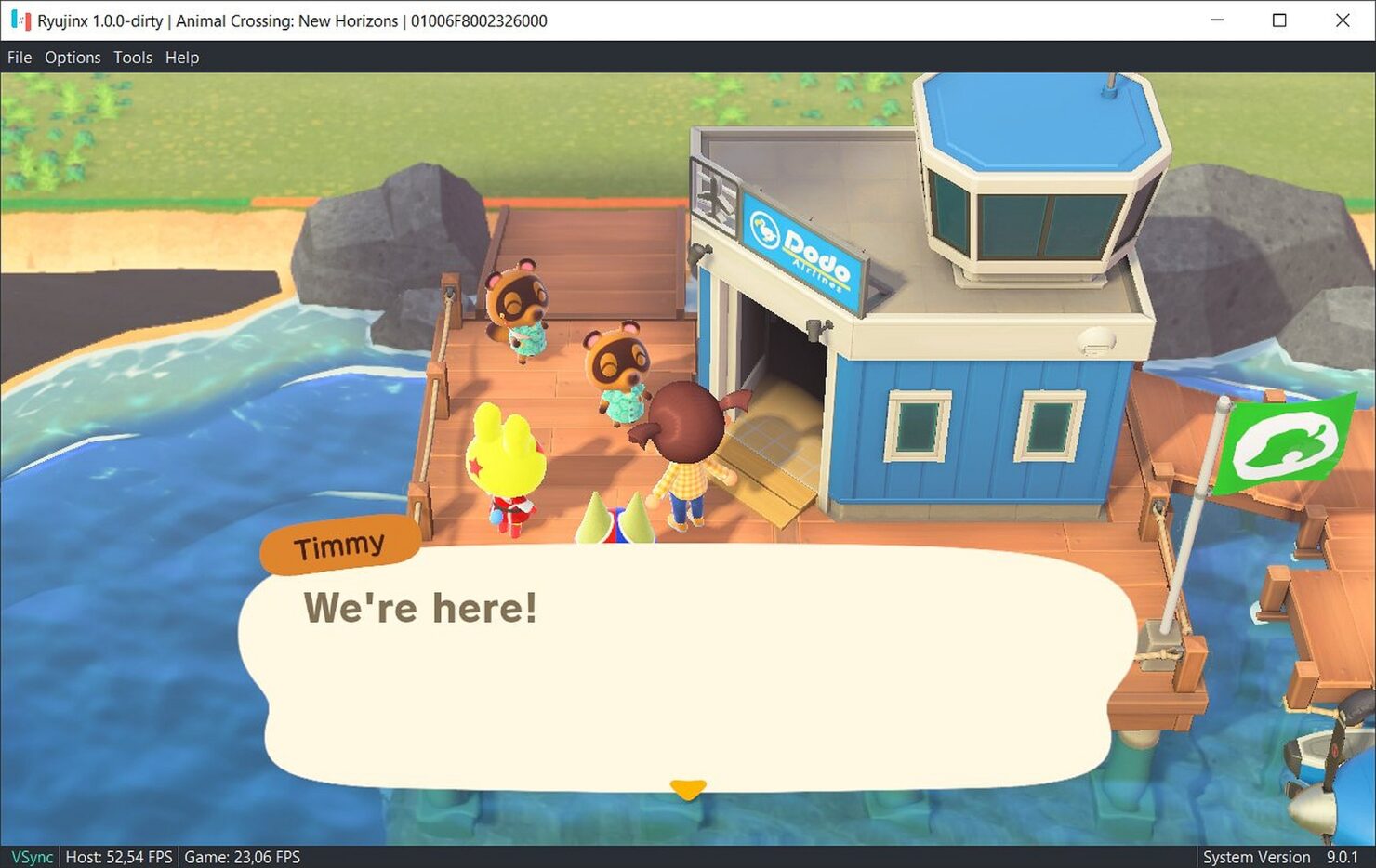 Animal Crossing: New Horizons may be the hottest game among those recently released, and that's saying something given that the list includes heavyweights such as DOOM Eternal and Half-Life: Alyx. Early UK sales data mark this as the fastest-selling Nintendo Switch game to date, with the exception of Pokémon Sword and Shield lumped together. It also already surpassed the combined sales of all previous Animal Crossing installments.

Our own Dave Aubrey rated New Horizons 9.4/10 in the review.

While the game is a Nintendo Switch exclusive, it is already playable on PC too thanks to the emulator Ryujinx. You may freely download the Preview Build, which supports both version 1.0.0 and 1.1.0 of Animal Crossing: New Horizons, on Ryujinx's Patreon.

The emulation performance and quality are pretty good, save for minor graphical glitches such as grass having the wrong color and a few missing lighting effects. There is however a bug where the introduction may crash the emulator; the current workaround is to skip the introduction by using a save file, as detailed below.

How to install a save file?

To install a save file, you first need the save file itself! For Animal Crossing: New Horizons, it can be downloaded in this post as an attachment.

Once it is downloaded, open Ryujinx and if you don't see the game in the game list, do the following steps:

Go to Options -> Settings, and click on Browse... at the bottom.

Select where your Animal Crossing: New Horizons XCI or NSP is stored on your computer, and click Save at the bottom-right.

Once that is done, the game should show up in the game list. If it doesn't, then verify that you have selected the proper folder.

It will open the location of the save file that Ryujinx is going to use for New Horizons.

After that, simply drag & drop the save file downloaded previously in that folder, and overwrite any file if it asks you to.

Voilà, you have successfully imported a save file in Ryujinx!