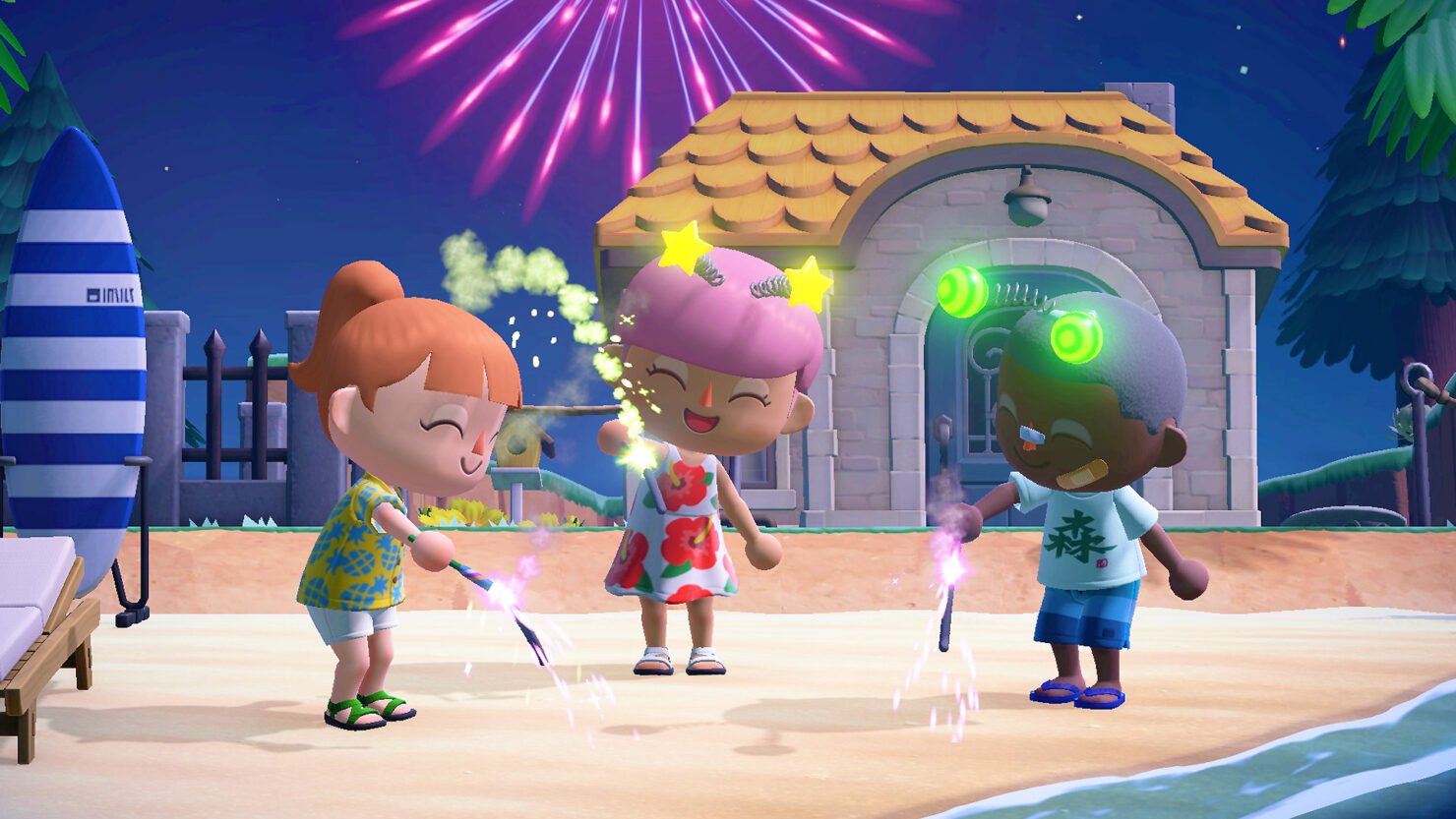 Animal Crossing: New Horizons had a huge 2020, but thus far 2021 has left players wanting. While Nintendo delivered a year’s worth of unique events and updates, once New Horizons celebrated its first birthday, they mostly started recycling content – the same events, mostly the same seasonal items. Today Nintendo announced a summer update is on the way that will add weekly fireworks displays, just like last year.

A free update for #AnimalCrossing: New Horizons arrives on July 29. Please ensure you have updated to the latest version to enjoy the upcoming weekly Fireworks shows and new seasonal items. pic.twitter.com/NiIb0M5wAv

Perhaps sensing there would be some disappointment over this, they also announced all-new content would also be coming to Animal Crossing: New Horizons later this year.

In addition to these updates, more free content for #AnimalCrossing: New Horizons is currently in development for later this year. More information will be shared in the future, so please stay tuned. Thank you for your support and patience.

The massive success of Animal Crossing: New Horizons obviously caught Nintendo by surprise, but it’s hard to understand why they didn’t immediately shift resources to creating new content when it was clear the game was a mega hit (most of the first-year content was probably planned pre-launch). There are also a lot of features from past AC games that are bafflingly still missing from New Horizons – where’s the café? Where are the minigames? Where are the dang gyroids? Oh, and I won't even ask about the classic NES games. Here’s hoping we finally get some of this stuff later this year, but frankly, I’m keeping my expectations in check.

Animal Crossing: New Horizons is available now on Nintendo Switch. As mentioned above, the game’s next update drops on July 29.