Google recently released the Android O in the form of a developer preview. After the release, we are gradually coming to know about the new features on it. Among one of the many new changes that have been made with this version, there is a refreshed look for persistent notification.

No, it does not mean that annoying persistent notifications are not going to show up. It means that they will still turn up but in a lot more bearable outlook. In Android O, Google has made the appearance of these notifications compact, and their size is minimised to a fulfilling level, and that's by default. Instead of seeing the notification taking up much space, you will now see a small bar that is half in size of standard notifications. You will also be able to expand these notifications by tapping on the arrow beside the bar. By expanding it, you will be able to read the basic information. 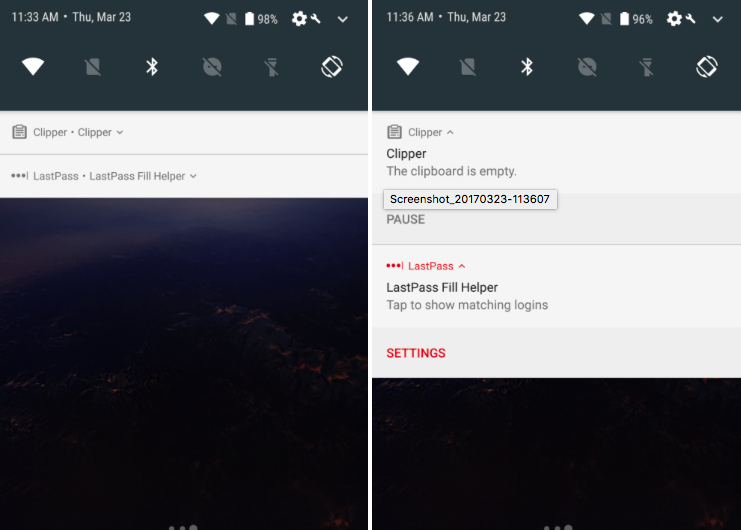 Well, among the plethora of new features that tag along with this new version of Android, we found this one to be pretty impressive. Persistent notifications have been bugging our sight for a long time and it is good to see Google finally doing something about it. You can also read about other features of Android O here.

It is worth noting that other than stock Android, manufacturers like Samsung offered notification badges with their UI on top. One will be able to enable it in the preview build by going to the info panel of the app and turning on the “Show badge.” option. For now, none of the app has the support for it so it remains to be seen how Google is planning to go about it. Maybe, it will provide the full-fledged support in the next update for Android O.

Stay tuned with us for getting more info on Android O. In the meantime, you can share your views on the new notification features.