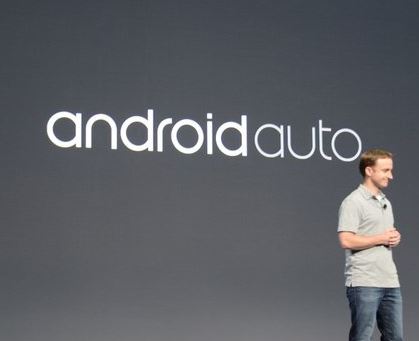 Google I/O is host to a lot of mind-blowing announcements by the tech giant alongside some less than interesting, but essential updates to several apps. At I/O 2019, Gooogle promised some major changes for Android auto. Like most of their announcements, they were to make their way to devices 'later this year' and it looks like that time is now. According to Android Police, the mobile companion app received an update to version 4.4.592344. After being prompted to unplug/replug from the car, the new look launched.

The new theme is in line with Google’s new Material Theme guidelines. Design elements such as outlined icons and Google’s Google Sans font are present in the version. It instead focuses on improving other elements, introducing things such as a reworked navigation bar, a dark theme, a maximized display, a reworked notification centre, and more.

The navigation bar gets a fresh coat of paint and features a home button at the very left. Elements such as media controls, turn-by-turn directions, or incoming call buttons appear next. Next/last buttons for songs can be swapped out with forward/rewind in the case of podcasts and audiobooks, while play/pause is at the centre. A shortcut at the left allows you to jump into the application to browse media. When navigating, turn directions appear along with distance remaining and street name. Here's a video of some of the new features in action:

Android Auto gets a dedicated Assistant microphone for voice commands and a bell icon. Tapping on the bell icon opens a new notification centre that lists past calls and messages, while big alerts pop-up from the top with buttons to take action. The new theme also maximizes your display to show directions, music controls, and ongoing calls at the same time. This Android Auto redesign is already live on all compatible vehicles.