IFA is almost with us folks. In two weeks we can except all smartphone and device hell to break loose. HTC, Samsung, Motorola, Sony all have launch events planned for next month. Oh and Apple's all set to launch the iPhone 6 as well. Well, today HTC surely upped it's competitors one by confirming that the upcoming Desire 820 will be the first 64-bit Android smartphone to grace our hands.

When it comes to pioneering features, HTC has almost always been in the lead in Android world. HTC was the first manufacturer way back in 2008 to introduce Android to the smartphone market through the HTC Dream. Afterwards, HTC was the one (unintended pun) to introduce 1080p display and f/2 camera aperture in Android Devices. The Company nicely sums up it's accomplishments in the image below.

See the device at the end of the list? That's the Desire 820, which has also been added by HTC as a device to break current industry barriers in 2014. So that brings us to our headline.

But that image was last week. And it in no way confirms that the Desire 820 will be 64-Bit. For all we know from the image above, the device could be made out of rubber, which would also be a world's first. Let's hope Apple doesn't start getting any new ideas here. But it's official now folks. The Desire 820 will be 64 bit and it's been confirmed by HTC itself on it's Weibo account. 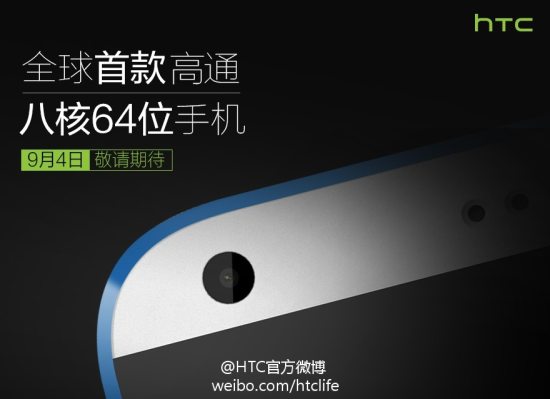 Spotted by our friends over at GforGames, the image was posted today on the Taiwanese manufacturer on it's Weibo. The tagline translates too "World’s first 8-core 64 Qualcomm phone." But if that wasn't enough good news already, Qualcomm itself also confirmed that HTC will indeed be releasing the first device featuring it's octa-core Snapdragon 615. The Snapdragon 615 uses four 1.8 GHz Cortex A53 cores and four 1 GHz A53 cores, coupled with Adreno 405. Take a look at Qualcomm's image below. 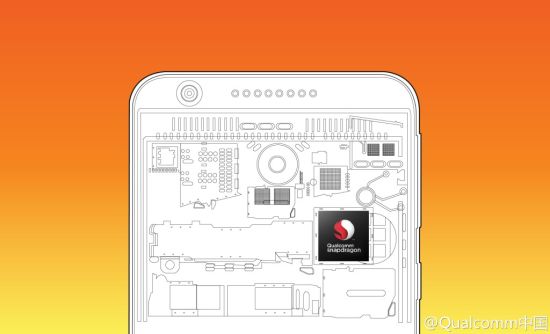 So that's it folks. Be ready to experience 64 bit Android soon, courtesy of Qualcomm and HTC and stay tuned for IFA. Quietly brilliant indeed.