How to Fix Nexus 5 Camera with Android 4.4.1 Update

The Android 4.4.1 update is going to be released in a few days. The main purpose? To fix Nexus 5 camera as it has been experiencing some inconsistency ever since its launch a few weeks back. Google's Director of Engineering for Android comments that Android 4.4.1 carries some slight tweaks in the camera. 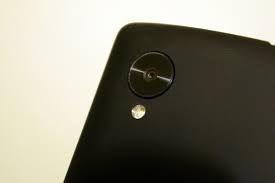 Autofocus, exposure, white balance, and motion blur. Android 4.4.1 is also speedier overall. After the upcoming update, you will find your Nexus 5 camera much more faster than before. From launching to taking the shots, it is a lot more quicker.

Much credit goes to team Android for working hard and getting results in just a few weeks' time. The upcoming Android 4.4.1 update stop making Nexus 5 camera as a dealbreaker. Not the best one like iPhone 5s or SGS4, Nexus 5 will still be in the lead and will take much more crisp photos after this update.

Not only Android 4.4.1 update fixes Nexus camera but also adds some little new features. A new progress indicator in HDR+ mode is one change in the UI. The best though is the efficiency. You can now use the Nexus 5 as a reliable camera phone not a hit-and-miss gig.

The changes break down in five categories, Burke says, autofocus first among them. Mixing speed and image quality requires a fragile balance, particularly in low light, and Android 4.4 skewed too far toward image quality. "There’s a tendency to say, 'oh, we have this cool thing that stabilizes, so lets make the shutter time longer, reduce the gain even longer, and get better shots.'" But while the Nexus 5's optical image stabilization allowed it to get better-than-average shots in low light, in good lighting it just made for frustratingly slow shooting speeds. By speeding up the framerate and increasing how quickly the camera can read its surroundings and fire a picture, Burke and his team improved the autofocus, the exposure, and the white balance. "You fix the motion blur," he says, "and make everything faster." - The Verge

The wait for the upcoming Android 4.4.1 update is intense than ever especially for Nexus 5 users. Let's hope we get to update our smartphones sooner to this very latest update making the camera much more consistent, less blurry and more crisp!