Samsung took us by surprise yesterday by sharing the list of devices that will be receiving the Android 11 update, and then the same day launched the update for Galaxy S20 devices. Today, the update has extended to more regions as well. However, all of this was happening without any official confirmation from Samsung, so we thought that Samsung wants to keep things quiet.

However, the company has decided to go ahead and outline the official rollout plan for the Android 11 on the Galaxy devices and some other relevant information.

It should not be a surprise that the rollout has officially started for the Galaxy S20 devices, which means that the S20, S20 Plus, and S20 Ultra should be receiving the update soon and are already getting it in many regions. Samsung says Galaxy Note 20 series, Note 10 series, and S10 series are next in line. Additionally, the foldable should also get to enjoy the Android 11 in the coming weeks.

Samsung did not mention the Galaxy S20 FE or the Galaxy A devices, but we suppose that they are also due for the update starting early 2021, which makes sense, to say the least. 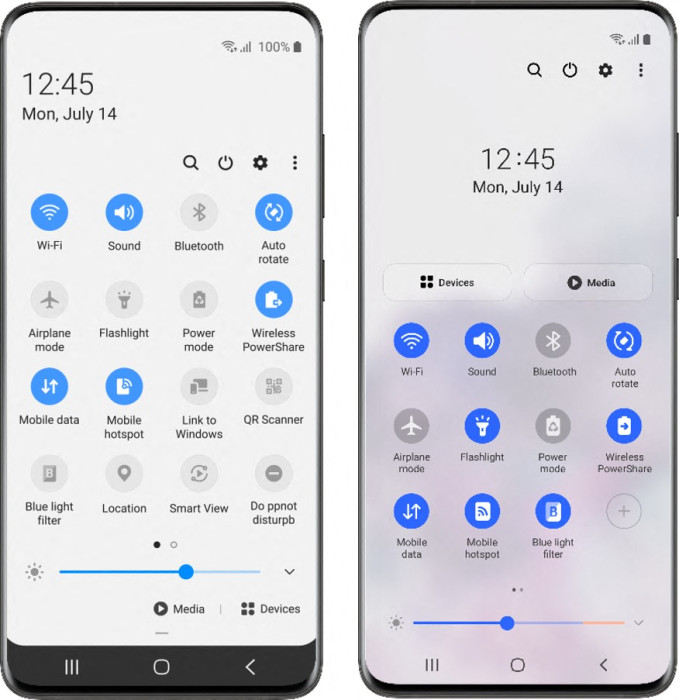 Talking about the update, Samsung had to say about what Android 11 is bringing to the table this time.

Within the interface, features that you use and visit most – like the home screen, lock screen, notifications and Quick Panel – have been visually enhanced to highlight important information. New visual effects, such as the Dim/Blur effect for notifications, help you quickly focus on what matters most, and redesigned widgets keep your Home screen looking organized, clean and stylish.

One UI 3 doesn’t just look different – it feels different, too. Smoother motion effects and animation, combined with natural haptic feedback, make navigating and using your phone a joy. The Lock screen fade-out looks cleaner, toggles slide more smoothly under your fingers and button presses feel more realistic – every screen and every touch has been refined. Moving between devices flows more naturally, as One UI provides a singular, more holistic experience across the wider Galaxy ecosystem, with support for the new features available seamlessly across devices.

Samsung also shared several screenshots with us to give us an idea about how it's going to look.

Needless to say, Samsung really delivered on the hopes that they are going to release the Android 11 update for the Galaxy devices, and looking at the list, it is fairly long and comprehensive, so Samsung does not forget the older devices, either.